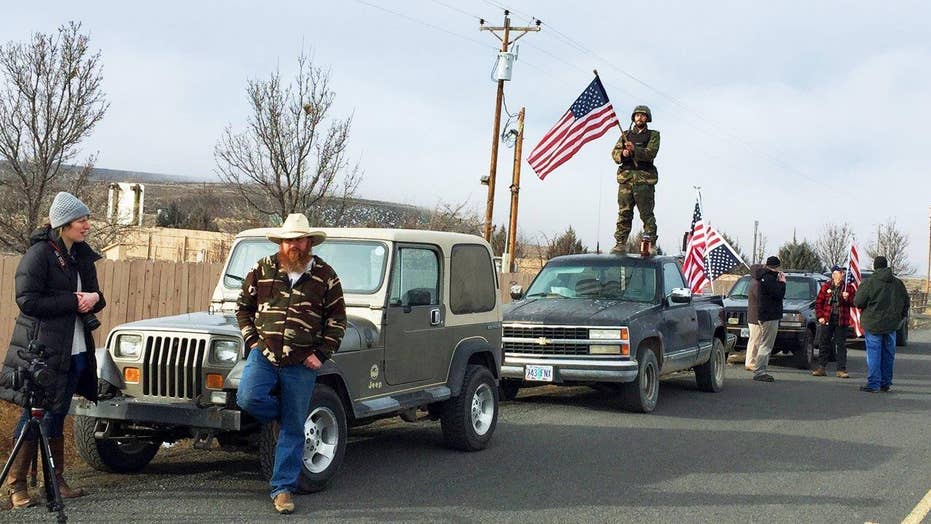 HELENA, Mont. – The last named defendant in the armed occupation of an Oregon wildlife refuge was still at large Tuesday, drawing calls for supporters to flock to his Montana hometown and a local sheriff to urge outsiders to stay of it.

Supporters of the 41-day standoff this winter over U.S. land restrictions used social media to rally behind Jake Ryan, urging the sheriff to resist federal efforts to apprehend him and for people to head to the small northwestern town of Plains to pray with Ryan's family.

"There is no standoff, and I want to keep it that way," Rummel told The Associated Press. "I don't need anybody showing up in my county that's only going to add tension to the situation."

A federal judge released Ryan's name Monday as the 26th defendant charged in connection with the occupation at Malheur National Wildlife Refuge. Ryan and another man are accused of using heavy equipment to dig a trench through a Native American archaeological site at the refuge.

He and Travis Cox were the only people facing charges who had not been arrested by Tuesday morning.

The sheriff, like the occupation supporters, is wary of federal officials. Rummel once gave his support to failed legislation in Montana that would have required any federal agent to get written permission from a sheriff before making an arrest or conducting a search in that sheriff's jurisdiction.

However, he has sought to be a facilitator in this case. In response to Ryan's supporters, Rummel released a statement Monday saying he intends to provide for Ryan's safety and rights. He said an attorney hired by Ryan's family is working with the FBI on the charges.

Ryan's mother, Roxsanna Ryan, said she does not know where her son is. A few of Ryan's friends have shown up at their home to wait with the family, but she declined to give details during a brief interview with the AP.

"We're just waiting and waiting on something to happen," she said. "Until that happens, we're not going to reveal a lot."

Ryan participated in the armed standoff that launched Jan. 2 to demand the government to turn over public lands to local control and oppose prison terms for two ranchers convicted of setting fires. The occupation ended Feb. 11 with the surrender of four holdouts.

Ryan faces charges of depredation of government property, conspiracy to impede officers and possession of weapons in a federal facility.