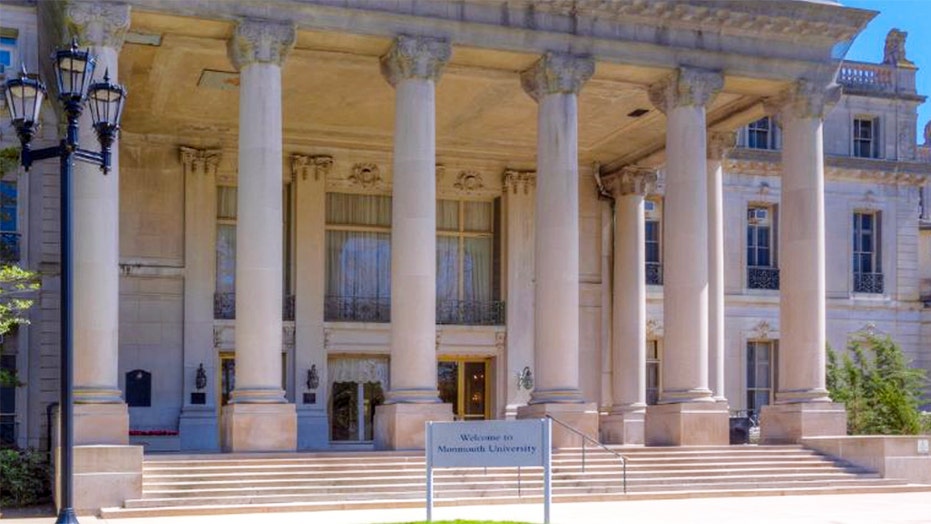 "Wilson Hall" will be renamed the Great Hall at Shadow Lawn, and will be outfitted with study tables, gathering spaces and a new coffee bar "making it more inviting to students in an effort to build community in the heart of our campus."

NEW JERSEY CITY OF CAMDEN REMOVES CHRISTOPHER COLUMBUS STATUE: 'THE TIME WAS RIGHT TO DO IT'

The main campus building of Monmouth University will be stripped of former president Woodrow Wilson's name and be renamed the Great Hall at Shadow Lawn.

In a memo announcing the decision, the university called Wilson, the 28th U.S. President and a former governor of New Jersey, a "controversial politician who never actually set foot in the current building."

Wilson's history as an American politician has been marred by his support of segregationist policies, including allowing multiple federal agencies and his Cabinet to resegregate despite being integrated following Reconstruction.

The decision coincided with Juneteenth, which commemorates the day African Americans in Texas were finally informed that President Abraham Lincoln had issued the Emancipation Proclamation freeing slaves living in Confederate states two years earlier. When Union soldiers arrived in Galveston to bring the news that slavery had been abolished, former slaves celebrated.

The university also said it would be taking action to honor the contributions of Julian Abele, one of the first professionally trained African American architects, who was the lead designer of the Great Hall, the memo said.

In addition, the board agreed to establish a permanent endowment, allocating $3 million to support the university's diversity initiatives.

Wilson is also the namesake of an entire school at Princeton University-- the Woodrow Wilson School of Public and International Affairs-- but efforts by protesters to have it renamed have been unsuccessful.