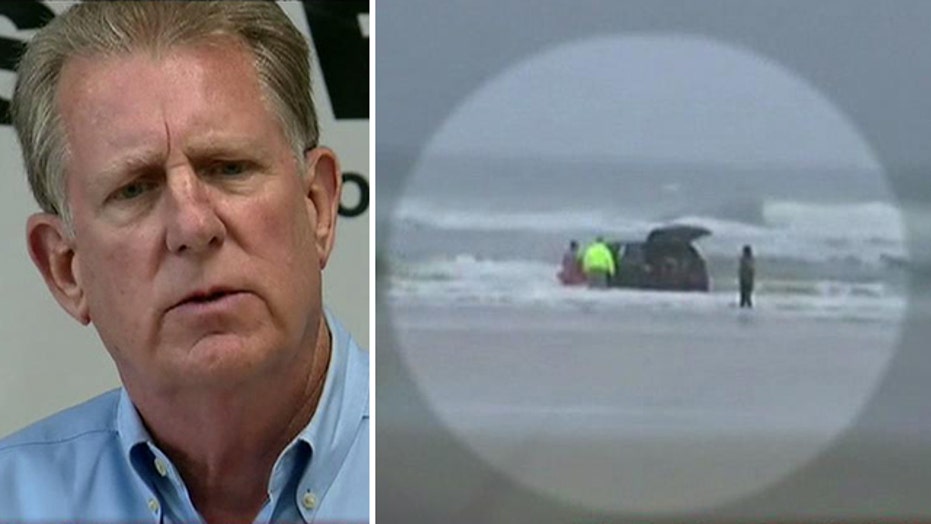 The South Carolina woman who police say drove her SUV into the Atlantic Ocean with her children in the vehicle was charged Friday with attempted murder, MyFoxOrlando.com reported.

Ebony Wilkerson, 32, drove the vehicle into the ocean at Daytona Beach Tuesday evening and was charged with three counts of attempted murder and child abuse, the report said. No one was injured.

She was reportedly stopped by police in the vehicle hours before the incident after her sister called authorities to alert them that she had been talking about demons. Police found her lucid and let her go, the report said.

The scene at Daytona Beach was a chaotic one.

Bystanders and officers helped pull Wilkerson and her children - ages 3, 9 and 10 - from their minivan before the car submerged in the surf.

Rescuers could be seen in the video outside the car pulling the children to safety while the surf was crashing on the hood of the car. The mother managed to escape through the window.

One witness said the children in the back seat were screaming that their mom was trying to kill them.

"The two in the backseat was crying with their arms out saying 'Our mommy's trying to kill us, please help," Tim Tesseneer, a witness, told First Coast News. Tesseneer said rescuers leaving the minivan were told by the children that there was a baby in the vehicle.

The mother "wouldn't say a word. She didn't tell us nothing about a baby." No infant was inside.

The family was taken to Halifax Health Medical Center for treatment. Their vehicle was towed.

The three children spent a night in the hospital and may stay with grandparents.