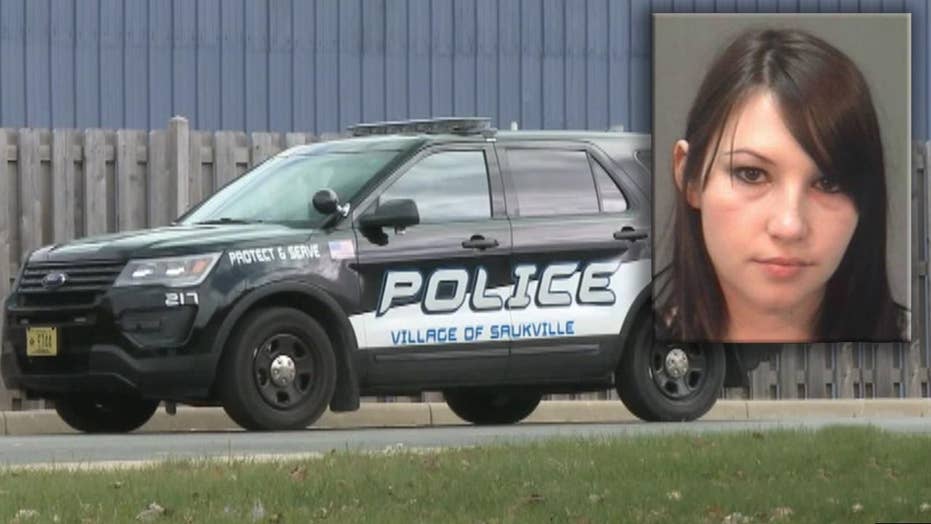 A 28-year-old Wisconsin mother is accused of taking her son for a very dangerous ride -- on top of the family minivan -- in order to hold down a plastic pool, according to a criminal complaint filed Tuesday.

Amber Schmunk of Fredonia is charged with second degree recklessly endangering safety and could face up to 10 years in prison for the Sept. 9 incident, according to the complaint obtained by FOX6.

Amber Schmunk faces up to 10 years in prison. (Saukville Police)

The complaint obtained by FOX6 said the 28-year-old eventually pulled over and took her son off the roof, folded the pool up and put it into the van before pulling into her sister's driveway.

After police arrived at the sister's house, Schmunk said she "believed it was OK as her father let her do things like that when she was that age," the complaint said.

Schmunk told cops she "had no way to strap it down so she had her [son] climb on the roof to hold it down while she drove," and later said she did strap the boy down inside the pool, according to the complaint.

While no one came to the door at Schmunk's home or her sister's home to comment to FOX 6, a neighbor said she needs to "think about the safety of her children."

"As a grandparent right now, I mean, I know the kids have to be strapped in. That's just common sense," Barbara Sellin said. "You love your kids and take care of them. To put a kid on top of the car is beyond ridiculous."