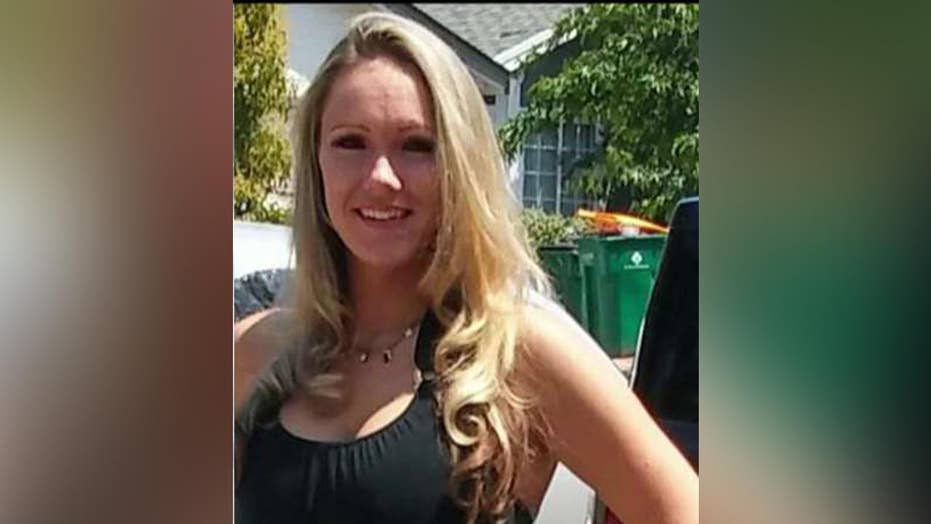 33-year-old Heather Waters was last seen on July 16 and is recovering from a broken collarbone; Christina Coleman reports from Los Angeles.

The mother of a California woman who has been missing for two weeks said it was tough to attend her daughters’ vigil on Thursday.

Heather Gumina – who is also known as Heather Waters – is a 33-year-old mother of three from the Pleasant Valley area. She has not been seen since July 15, when she was released from the hospital after being treated for a broken collarbone. She spoke to her mother after spending the night at the hospital and complained she was released too soon.

Gumina then drove off in her 2005 black Infinity coupe and seemingly vanished. The El Dorado County Sheriff's Office said the vehicle had distinctive, pink accents and the lid of the gas cap said, “His Queen.”

CALIFORNIA MOTHER OF 3 MISSING FOR A WEEK, HAD RECENTLY BROKEN COLLARBONE, FAMILY SAYS

Her friends and family gathered on Thursday for a vigil in her honor, according to Fox40.

Russell said her daughter would never willingly leave her children. She describes Waters as the most beautiful person she knows.

"Her children miss her terribly and it's been a very, very painful thing for my family every day," she said.

Russell is encouraging people to speak out if they know anything about where her daughter could be right now.

"Every day is hard. It’s hard to breathe right now,” she said. “I’m praying for your safe return.”