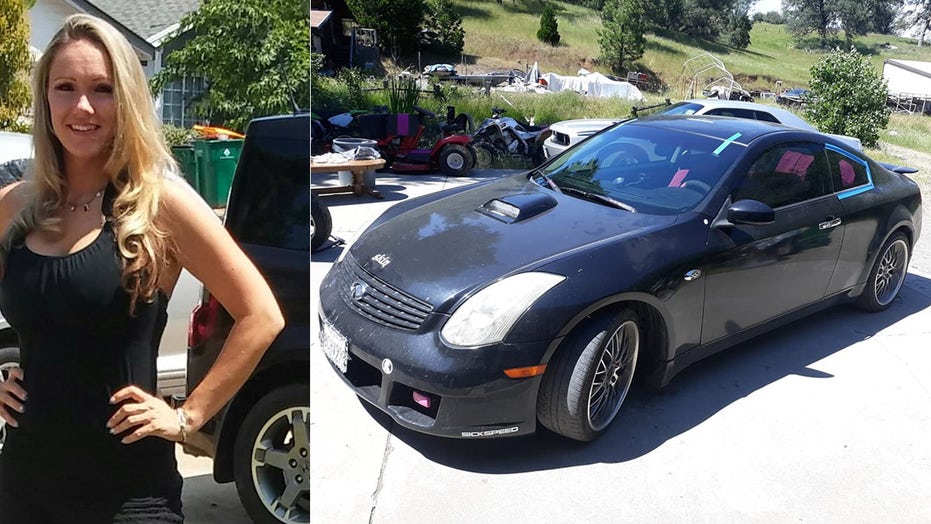 California authorities are searching for a 33-year-old mother of three who vanished with her car a week ago, reportedly amid complaints she'd been released too soon from the hospital where she was treated for a broken collarbone.

The El Dorado County Sheriff's Office said on Facebook that Heather Gumina -- who is also knowns as Heather Waters -- has been missing for several days from the Pleasant Valley area, located about 50 miles east of Sacramento.

Russell said her daughter had just broken her collarbone July 15, and had complained about being released from the hospital. After spending the night at a Pleasant Valley-area home, the 33-year-old drove off in her 2005 black Infinity coupe on Wednesday and hasn't been seen since.

"It is very unlike her to not contact anyone, that’s why there’s a concern for her safety right now and a concern that she had a broken collarbone," Russell told FOX40. "So, I'm praying that someone will hear this or have seen something or might know something and please report it to the sheriff's."

Authorities released photos of Heather and her vehicle on social media.

R. KELLY'S CRISIS MANAGER STEPS DOWN AFTER SAYING HE WOULDN'T LET HIS DAUGHTER NEAR SINGER

Russell told FOX40 the vehicle has distinctive pink markings, including two ribbon stickers on the back window and a pink gas cap lid that reads "His Queen." Russell said the incident has left her 4-year-old grandson especially worried.

"Like, we can’t even really tell him. He keeps looking for his mom and he wants to go over there and he can’t," she said Tuesday. "Each day that goes by, the hopes of finding her ok get a little bit more scary."

The sheriff's office told FOX40 it's still too early to release details in the case, and so far no searches have been organized to try to locate the mother of three.

Officials are asking anyone who may have seen Gumina last Tuesday or Wednesday in the area or who has additional information on the whereabouts of the 33-year-old to contact the sheriff's office non-emergency line at 530-621-6600.