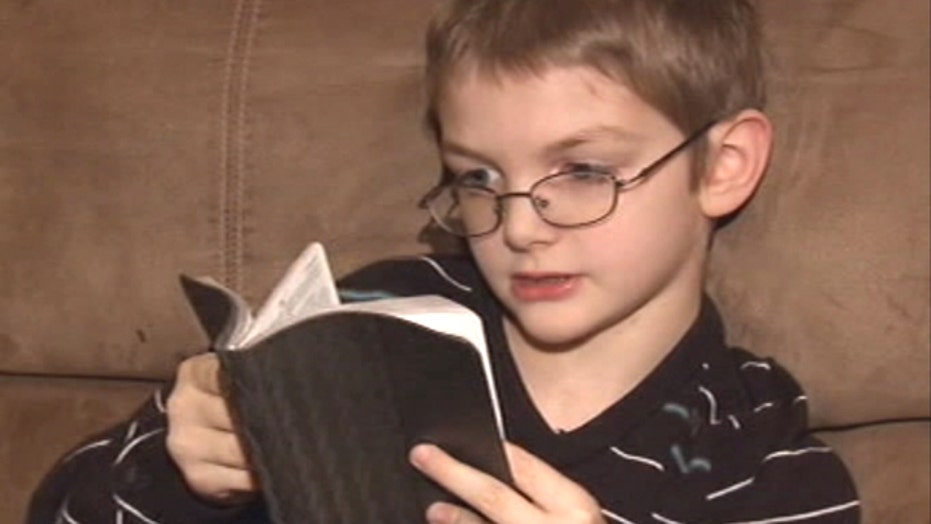 Michigan mom accuses school of hypocrisy after son was told not to bring holy book to class, used inappropriate worksheets

A Detroit-area woman is accusing her children's school of hypocrisy after her son was told not to bring his Bible to class and her daughter's teacher distributed worksheets referencing alcohol.

Jessica Cross, of Dearborn Heights, her 8-year-old son, Jason, would take his Bible to school to read during a free period. He was eventually told that book is "only for church, not school," MyFoxDetroit.com reported.

Cross said her son, who is autistic, has been treated poorly by school staff and subjected to unnecessary punishments.

"Putting my son in time outs for 13 hours a week and refusing him lunch, and just absurd things and just, if I did something like that I'd lose my kids," Cross said, adding that she has kept classroom logs and has been unable to resolve the issue with school officials since October.

Cross said that after her son was told not to bring his Bible to school, her 6-year-old daughter was sent home with a worksheet that read, "My dad drinks wine. He puts a lime in his wine. It makes my mom smile," the station reported.

As she was making dinner Wednesday, Cross said her daughter asked her, "'Mommy, why would a daddy drinking wine make a mommy happy?' And I dropped my spoon, I was like, 'What?'"

In an interview with MyFoxDetroit.com, Superintendent Laurine VanValkenburg apologized about the worksheet and said that students are allowed to bring their Bibles to read at school.

"If a child wants to bring a bible to school, they may," she said, adding that she has been out of town and plans to look into both incidents when she returns.