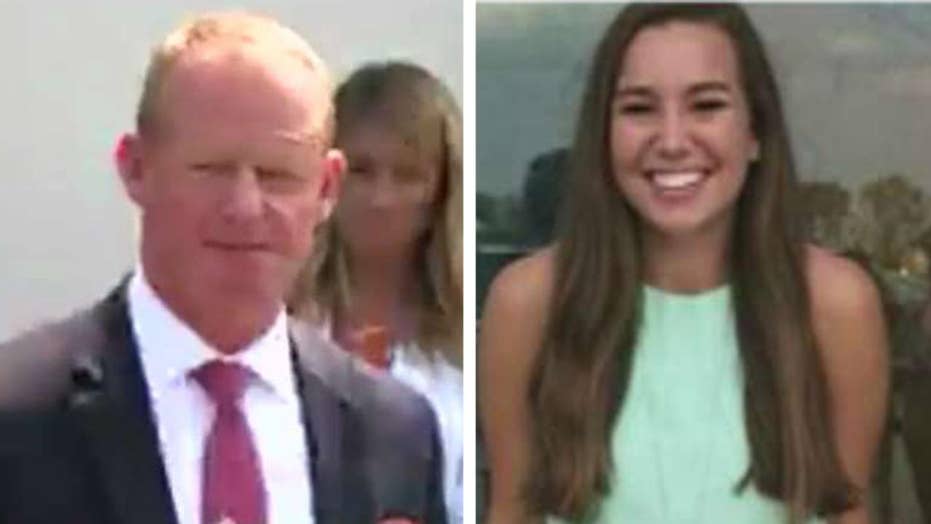 Nearly a month after the disappearance of Iowa college student Mollie Tibbetts, the reward for information that could lead to her discovery is closing in on $400,000.

The Crime Stoppers reward, which stood at $385,718 on Tuesday, has grown substantially in the past two weeks, or since the Tibbetts family joined forces with the organization.

It stands as the largest reward ever for Crime Stoppers in the state, the group told Fox News.

The increased total comes as investigators appear to have narrowed their focus to a handful of locations in and around the area of Brooklyn, Iowa, where she was last seen.

Authorities released a map Monday highlighting five particular areas, which include a car wash located a block away from the city’s main commercial strip and a TA truck stop next to Interstate-80.

The other highlighted locations are near Tibbetts' boyfriend’s home, where she was staying at the time of her disappearance, and two sparsely-populated tracts of farmland only accessible by dirt roads.

“Law enforcement is currently seeking additional witnesses and wants to speak to anyone who was in the areas indicated below on July 18, 2018 between the hours of 5PM and 10PM,” a notice on the website, findingmollie.iowa.gov, said.

Law enforcement did not specify why they are seeking information regarding the particular spots.

Tibbetts, a sophomore at the University of Iowa, was last seen on July 18 while jogging in Brooklyn, Iowa. According to the website, “there have been no credible sightings of, or communications with, Mollie since that time.”