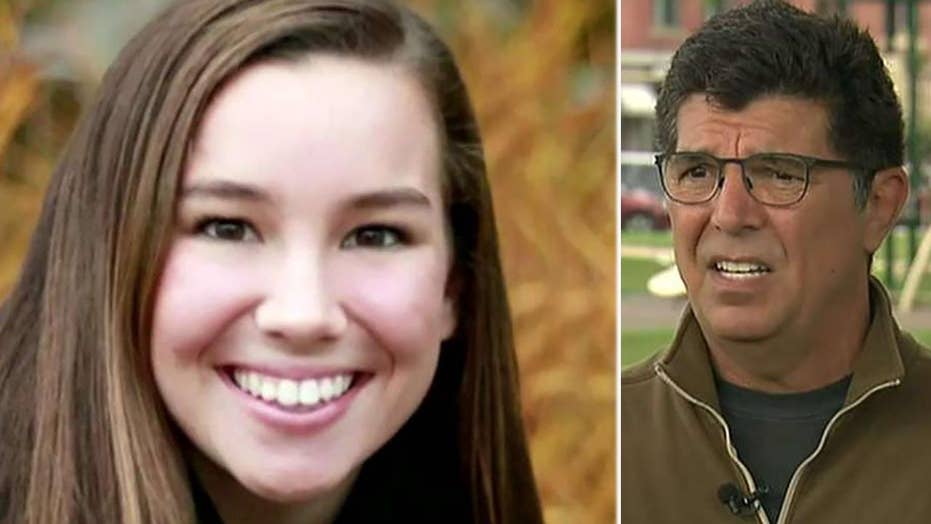 Rob Tibbetts says he is hopeful that the missing college student is 'going through something that she can survive.'

BROOKLYN, Iowa – Mollie Tibbetts' father revealed to Fox News on Monday he believes his daughter is still alive, and with somebody she knows who is "in over their head."

The 20-year-old University of Iowa student disappeared from the Brooklyn, Iowa neighborhood where she was staying on the night of July 18.

"It's totally speculation on my part, but I think Mollie is with someone that she knows, that is in over their head," Rob Tibbetts said. "That there was some kind of misunderstanding about the nature of their relationship and at this point they don't know how to get out from under this."

A TIMELINE OF EVENTS SINCE MOLLIE TIBBETTS WENT MISSING

Tibbetts said he doesn't think anyone went into the home where she was staying in order to hurt her, and said his "belief is that she left willingly with someone she knows."

He also told Fox News, "The longer we go without finding Mollie's body, the more hopeful we are that she's alive somewhere and going through something that she can survive."

Tibbetts added that he believes Mollie and whoever is with her "don't know how to resolve this," but encouraged anyone with information "to come forward and bring Mollie home."

He said the FBI has more than 20 agents on the ground and is "utilizing resources around the country" in an effort to find his daughter as part of a "very large, aggressive, sophisticated effort."

Tibbetts urged anyone who knows anything about his daughter's disappearance - or to anyone who may be with Mollie - to "just simply call the authorities and put an end to this."

"Let Mollie come home and hold yourself accountable for what you've done so far, but don't escalate this to a point where you can't recover yourself," he added.