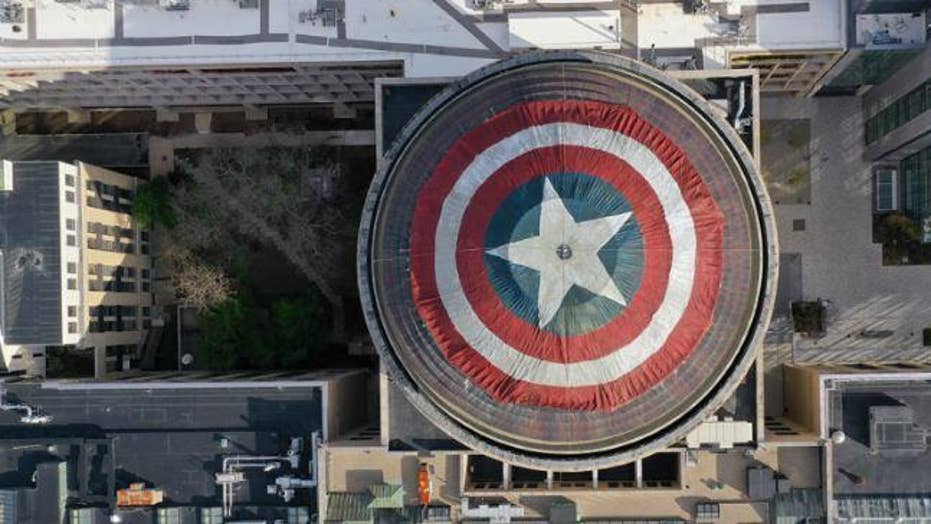 MIT 'hackers' turned the top of the Great Dome into a Captain America shield to honor the release of 'Avengers: Endgame.'

Pranksters at Massachusetts Institute of Technology honored the release of “Avengers: Endgame” over the weekend by turning the campus’ Great Dome into Captain America’s shield.

The students, who call themselves “hackers,” placed a large piece of fabric representing the superhero’s shield on top of the Great Dome on the university’s campus in Cambridge. One of the pranksters, who did not identify himself, told the Boston Globe they had been planning the “hack” for about a year, when news about the new Marvel movie was announced.

MIT "hackers" turned the top of the Great Dome into a Captain America shield. (Raymond Huffman)

“Putting things on the dome is a big challenge,” the hacker told the newspaper. “We hope people look at it and it gets their imagination going.”

The student said they were celebrating the highly-anticipated finale to the 2018 blockbuster "Avengers: Infinity War."

MIT sophomore Raymond Huffman posted a video on YouTube of the prank. He claimed he was not involved in setting up the prank and only filmed the final result.

MIT students carry out an annual tradition of pulling off harmless pranks, dubbed “hacks.” The students behind the “Avengers”-themed prank told the Boston Globe their priority was safety for those involved and the building.

“Avengers: Endgame” smashed box office records over the weekend, drawing an estimated $1.2 billion in ticket sales worldwide. Chris Evans, who plays Captain America in the movie and is from Boston, also acknowledged the prank in a tweet on Monday, calling it "very cool!"