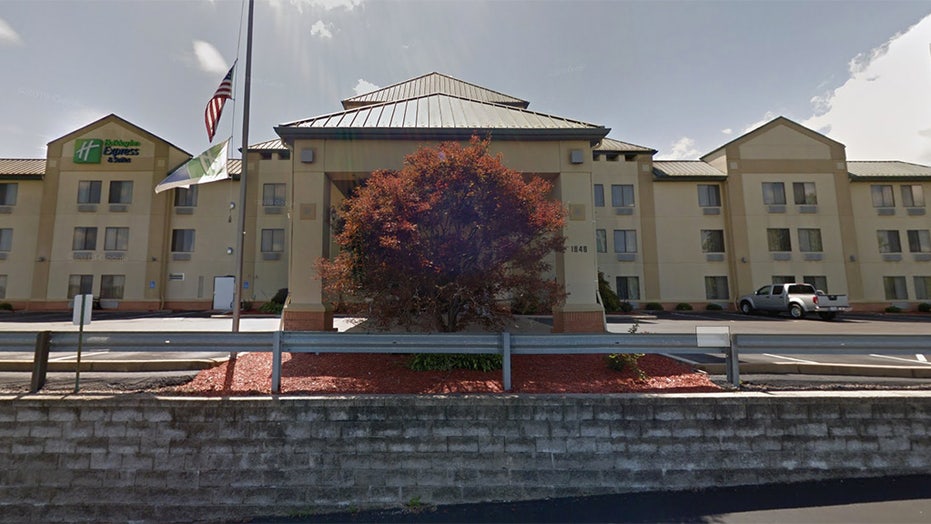 A Missouri woman is accused of stabbing her daughter to death on Tuesday in a hotel room before trying to suffocate herself, police said.

Marjorie Theleman, 78, of St. Louis has been charged with first-degree murder and armed criminal action, according to a St. Louis County police news release sent to Fox News.

Theleman took her daughter out of a nursing home on Tuesday and brought her to a hotel room where she stabbed her with a knife, according to the probable cause statement, which added that Theleman then tried to suffocate herself with a plastic bag, but was not successful.

Theleman left a typed note explaining her actions, according to court documents, which did not provide what was written in the note. She also left a hand-written note telling housekeeping to call the police, the probable cause statement said.

Police said the victim has been identified as 51-year-old Sharon Theleman, who was handicapped.

Officers were called to the Holiday Inn Express on Bowles Avenue in St. Louis County around 12:30 on Tuesday after the two women did not check out of their hotel room, police said.

When officers arrived, they said, they found the 51-year-old with apparent stab wounds. She was pronounced dead on scene.

The 78-year-old was also found at the hotel suffering from a self-inflicted injury and was transported to a local hospital for life-saving treatment, police said.

She is expected to survive and is currently in police custody, according to investigators.

Police told Fox News Theleman is still in the hospital.