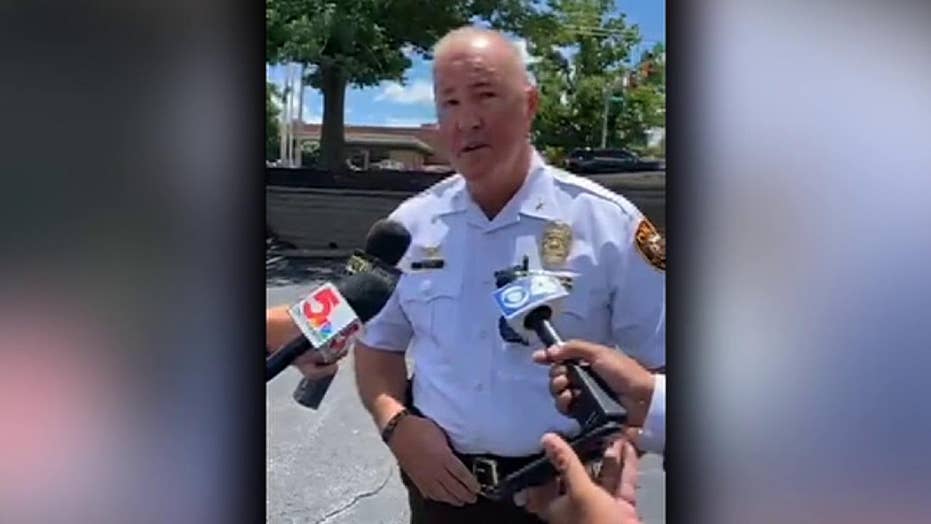 A Missouri man was in critical condition Thursday after he was shot by a police officer one day after the suspect allegedly shot at the mother of his child.

The officer-involved shooting happened around 11:30 a.m. near a busy commercial development in Maryland Heights, a western suburb of St. Louis.

St. Louis County police said officers were called to a home Wednesday at around 5:30 p.m. for a reported domestic assault involving a 31-year-old man who shot at the mother of his child.

The man, who has not been identified, "made numerous death threats, suicidal threats, and threats towards law enforcement," St. Louis County Police Sgt. Ben Granda said.

Police said the woman was not injured and the man fled the scene.

Granda told reporters that the investigation led police to the suspect’s workplace in Maryland Heights Thursday.

“When we had some detectives try to apprehend him, these are men and women wearing the black vests, ‘police’ on the chest and back, [when they] announced their presence, tried to place him under arrest, he didn’t go with the program,” said Granda, who added that the suspect took off on foot.

“In that flight he was seen grabbing at his waistband trying to produce a weapon which he ultimately does produce,” Granda said.

“When he gathers that weapon, turns it towards officers, an officer discharged his weapon striking that suspect.”

Granda said investigators believe the suspect was shot once and was transported to a local hospital in critical condition.

He added that the officer who shot the suspect is 31 years old and has been with the department for about nine years.

St. Louis County Police Chief Jon Belmar told reporters a firearm was recovered at the scene and that the suspect has a lengthy criminal record, but would not elaborate.

He said the officers involved will be “put on administrative duty,” which is standard protocol.

“There are some things that are yet to be answered at this point but I can assure everybody that we will be doing a comprehensive investigation,” he added.