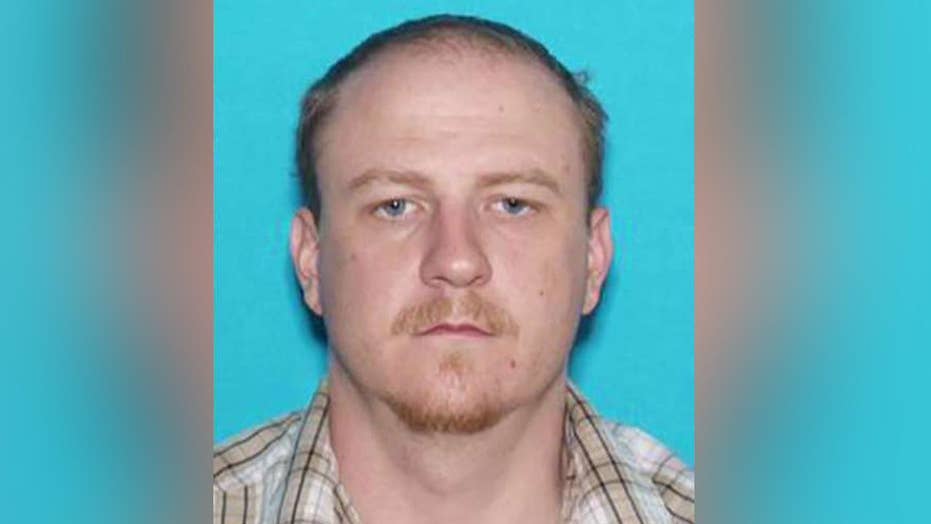 Hunt for 'person of interest' in MO police officer shooting

Missouri police on Monday were hunting for a man who shot and killed a Clinton cop late Sunday night during a traffic stop.

The officer, 37-year-old Gary Michael, died after a man exited a Dodge Nitro at a traffic stop and started shooting around 10:45 p.m. Sunday, KHSB reported.

Michael returned fire, but the gunman got back in his car and drove off – crashing his car just a couple blocks away before fleeing on foot, Sgt. Bill Lowe with the Missouri State Highway Patrol told FOX 4 Kansas City.

“It’s a tragedy obviously for his family, it’s a tragedy for Clinton Police Department, but it’s a tragedy for this community,” Lowe said. “He was doing his job. He was there protecting and serving and that’s what we’re called to do. He did it, and he did it with heroic fashion."

It was not known if the shooter was injured during the incident.

Police named Ian McCarthy, 39, as a suspect in the shooting. Authorities located McCarthy's vehicle around 6:30 a.m., believe he is on foot and still in the Clinton area, 75 miles southeast of Kansas City.

"We searched the house we believed the person we were looking for might have been in," Lowe said. "He was not in that house."

The traffic stop involved a registration violation, Lowe said. Officials added there wasn’t any dash cam footage of the incident.

Court records indicate McCarthy pleaded guilty in November 2013 in Missouri to a misdemeanor driving without a valid license. In July 2015, he was charged with unlawful possession of a firearm. Court records don't indicate the outcome of that case.

Checkpoints have since been set up around Clinton, and Henry County Deputies, Missouri State Troopers and Clinton Police have several parts of the city blocked off, FOX 4 Kansas City reported.

Michael was in his first year with the Clinton police department, and leaves behind a wife and step sons, according to FOX 4.

Area police departments expressed their condolences for the Clinton Police Department on Twitter.