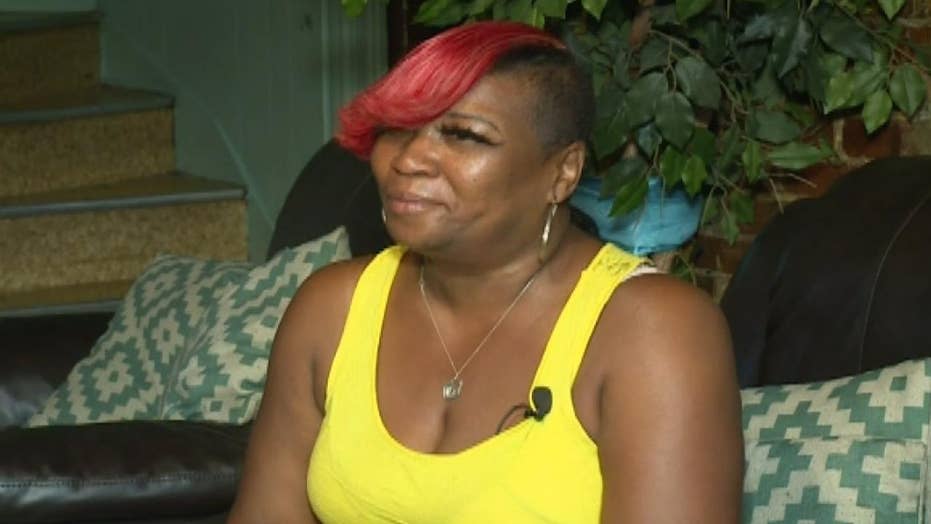 A St. Louis woman is paying it forward one day at a time, feeding hundreds of kids just by opening her front door.

A Missouri mother of six is reportedly feeding hundreds of children in need in St. Louis.

Champale Anderson, of North St. Louis, has been feeding children living in poverty in her neighborhood for five years, KTVI-TV reported.

CALIFORNIA TWINS SPLIT UP TO ATTEND DIFFERENT US MILITARY ACADEMIES

Champale Anderson, of North St. Louis, has reportedly been feeding children living in poverty in her neighborhood for five years.  (KTVI-TV)

The health care provider told the television station she has an open-door policy on school days for children in the community, where they can knock on her door before and after school for snack.

“I was noticing how the kids, they would always be hungry,” Anderson said.

She added: “They get off the bus and they just take off running because they never know what I have in the bag. I switch it up. Sometimes I give them special treats for my special babies.”

Champale Anderson has a sign outside her home promoting the free snacks from the kids in the neighborhood. (KTVI-TV)

She told the station the bags are filled with peanut butter and jelly sandwiches, cookies, fruit, vegetables, juice and snacks.

“It makes me proud and I want to keep it going. My goal is to, I want to go to different neighborhoods and give out bags,” Anderson said.

She said she prepares about 100 bags a day for the children, and sometimes has to unexpectedly make a few more.

“I am going to start doing some extra ones now. Maybe about 150,” Anderson said.

She has a sign outside her home promoting the free snacks from the kids in the neighborhood.

Anderson told KTVI that she lives by a quote by Mother Teresa: “I alone cannot change the world, but I can cast a stone across the waters to create many ripples.”