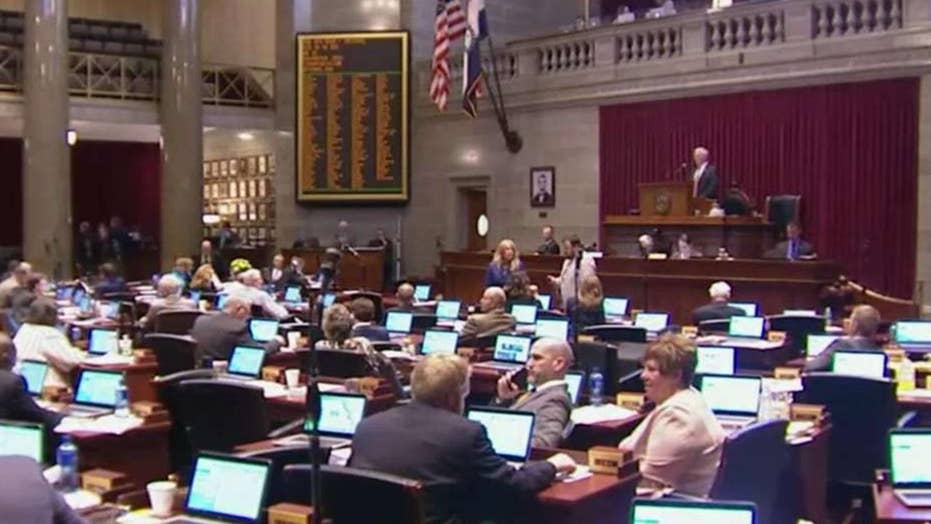 Democrats hope to capitalize on GOP disarray in Missouri

JEFFERSON CITY, Mo. – Drawing on his Navy SEAL training, Missouri Gov. Eric Greitens asserted Thursday that he will not quit or back down despite a criminal charge and potential impeachment proceedings involving various allegations of misconduct against him.

At the end of a celebratory speech announcing funding for biodiesel facilities, Greitens shifted topics to the challenges he's facing and recounted how he once felt like quitting during a grueling Navy SEAL training session in which his team of seven men had carry a heavy log over a beach. Greitens said he kept going for the good of the team.

Prosecutors in St. Louis dropped a felony invasion-of-privacy charge against Greitens earlier this week that accused him of taking a nonconsensual photo of an almost entirely naked woman with whom he acknowledged having an affair in 2015. Prosecutors have said the charge could be filed.

Greitens also faces another felony charge alleging he tampered with computer data by disclosing the donor list of The Mission Continues to his political fundraiser in 2015 without the permission of the St. Louis-based charity he founded.

On Friday, the Missouri Legislature is to convene a monthlong special session devoted solely to investigating allegations against Greitens, with the possibility of impeaching him in an attempt to remove him from office.

Greitens declined to answer a question Thursday from The Associated Press about whether he would testify before the House investigatory committee. He instead said he wasn't doing interviews and left the agricultural event flanked by his security detail as reporters continued to try to ask him questions.