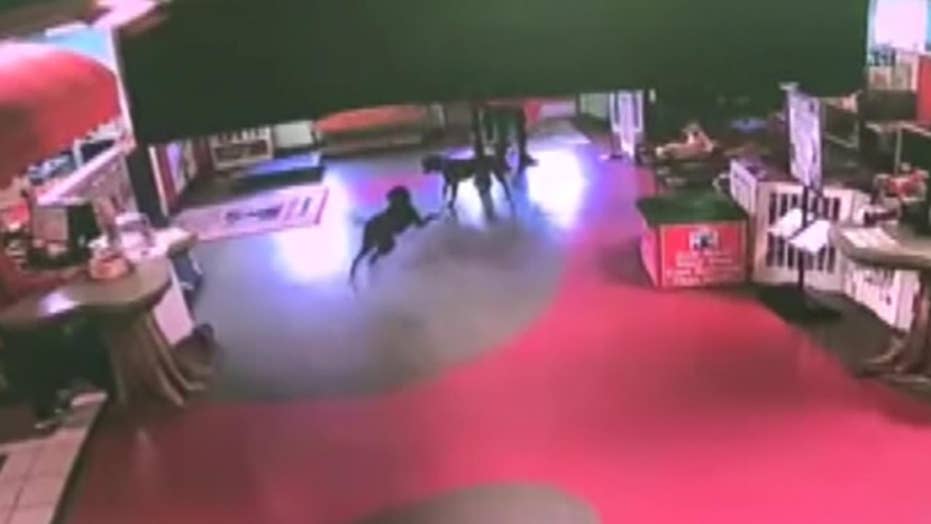 Video: A dog named Hugo runs away from home to join his friends at the doggy daycare Happy Tails Pet Hotel and Playland in St. Ann, Mo.

While some people consider their dog their best friend, one pup in Missouri had other ideas.

Hugo, a dog who lives in St. Ann, a city roughly 16 miles northwest of St. Louis, decided his best pals were at doggy daycare — so he ran to them.

The dog fled his home in recent weeks and headed to Happy Tails Pet Hotel and Playland, the daycare wrote in a Facebook post last week.

"Meet our friend Hugo!" the business said. "Hugo ran away from home with only one thing on his mind... Happy Tails!"

The daycare wrote that the dog, a "frequent boarder" at the business, was "extremely lucky," as he crossed over a median on Lindbergh Boulevard and traveled over a mile "to see all his friends."

He dashed into the parking lot, where he followed an employee inside, according to the center.

"We are so glad Hugo wasn’t hurt and told him next time to have his dad drive him! All dad could do was laugh as he picked Hugo up!"