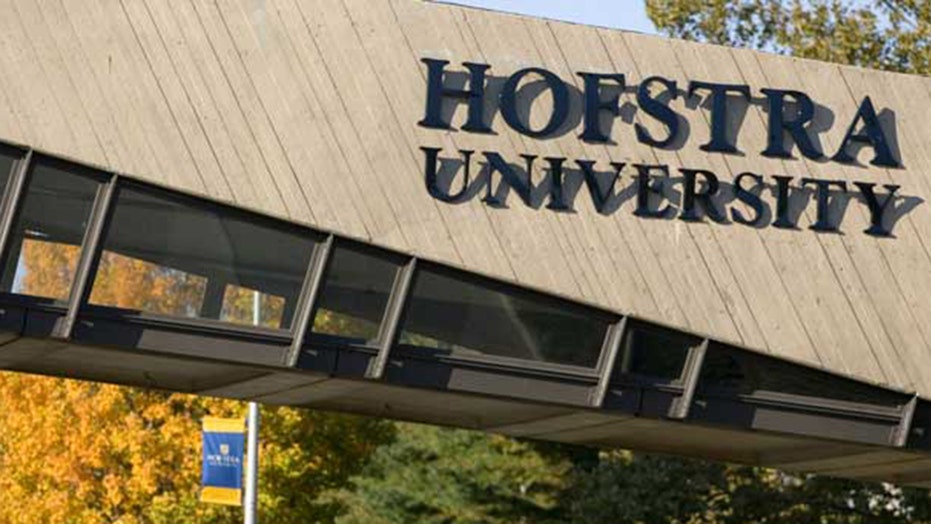 A fraternity at Hofstra University in New York has been suspended after a video — which appears to show students forcing a dog to drink from a beer keg — circulated online.

The roughly 5-second video purportedly shows a member of the Alpha Epsilon Pi fraternity picking up a small brown dog, while another member pours beer into its mouth, which is commonly referred to as a "keg stand."

The dog appears to flail slightly before seemingly panicking, shooting its tail up and its legs back. It was not immediately clear when the video was taken, but the Twitter user who first posted the video put it online Saturday.

Hofstra University told Fox News on Tuesday the fraternity was placed on interim suspension while the school investigates the incident, which reportedly took place off-campus from the Long Island school.

"The behavior seen on the video is unacceptable and in violation of the University’s Code of Community Standards," the statement read. "In accordance with University policy, the chapter has been placed on interim suspension pending an investigation."

The school added that any students identified in the video "will also be subject to the University's Code of Community Standards."

The Nassau County Society for the Prevention of Cruelty to Animals confirmed it's investigating the alleged encounter, which they were notified about on Sunday.

Gary Rogers, president of the SPCA board, said that, on Monday, investigators visited the fraternity house and determined the dog was in good health, as the dog's safety is their "main concern." The dog's owner surrendered the dog to the organization, according to Rogers.

Alpha Epsilon Pi International tweeted the Hofstra chapter has been placed on "'cease and desist' due to suspected violations of our health and safety policies. We hope this can be a teaching moment to help build better young men who are committed to our mission and values."

"It's wrong what they did, on every level," Rogers told Fox News. "Society is judged on how it treats its animals. This fraternity really didn't do the right thing."