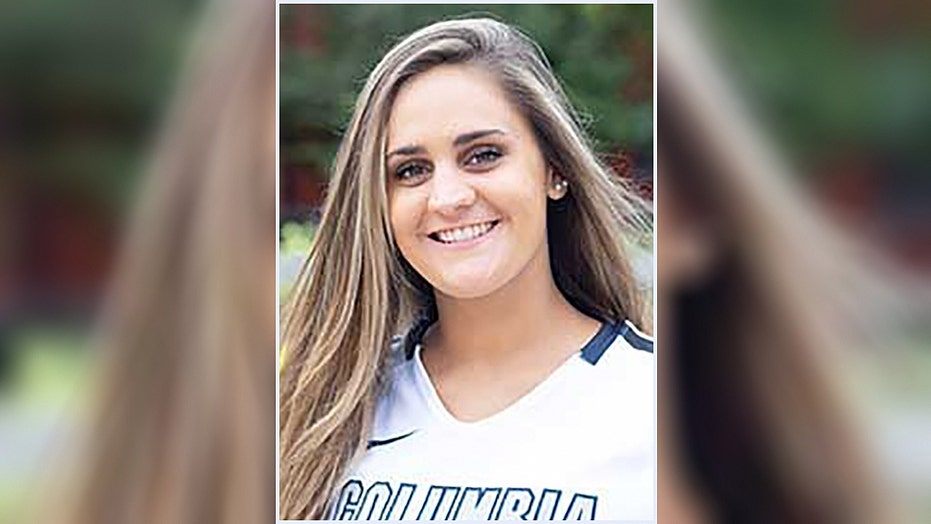 A Missouri college volleyball player died on Saturday after she fell while trying to climb a ladder to a roof of an off-campus building, officials said.

Shelby Lee Meyer, 21, was at an apartment building near Columbia College when she fell off the ladder around 2 a.m. Meyer was transported to the hospital but died from her injuries, according to local police.

Shelby Lee Meyer, 21, died on Saturday after falling off a ladder at an off-campus apartment building, officials said. (Columbia College)

"There is no evidence of foul play," investigators said in a press release on Saturday. "However, the investigation is ongoing."

The school's president said the university is mourning Meyer's death.

"It is with a heavy heart that I share with you that we have lost another member of the Columbia College community. Sadly, student Shelby Meyer died in a tragic accident early Saturday morning off-campus," Dr. Scott Dalrymple said in a statement.

"Shelby was from Festus, Missouri, a member of the Women's Volleyball Team and had just transferred to Columbia College this semester from Mineral Area Community College," he continued. "We want to extend our sincerest condolences to Shelby's family, friends, and teammates."

Dalrymple described this period as "a very difficult time" for the campus community. On Sept. 13, just a week before Meyers' death, a freshman at Columbia College named Nadria Wright also died off campus after she was fatally shot, officials said.