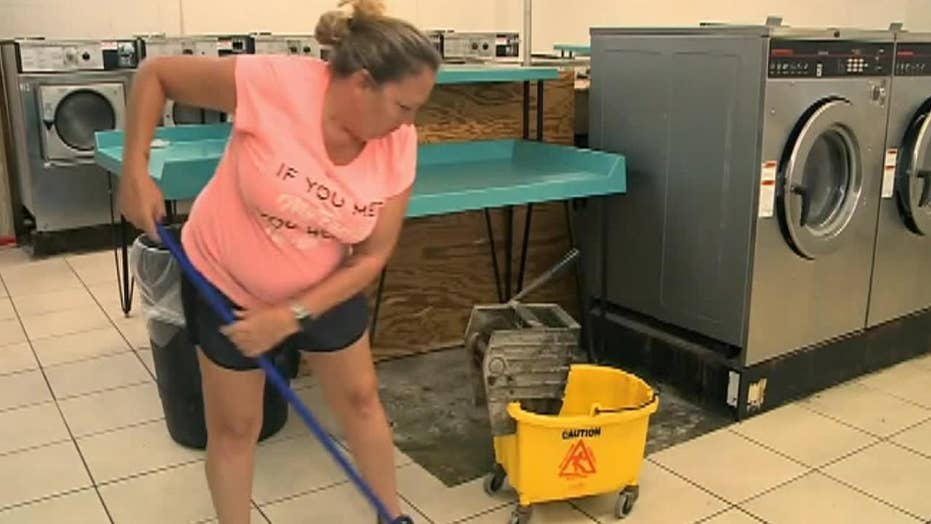 A Mississippi laundromat employee was attacked after a spat with a customer about a washing machine, the encounter was caught on video.

A Mississippi laundromat employee was attacked by a customer in a wild encounter that was caught on surveillance video.

Sheri McClatchy, who works at The Clothes Basket in Holly Springs, told WREG that in her two years at the laundromat, she "never had any trouble at all, never a cross word with anybody."

SEE IT: FIGHT REPORTEDLY BREAKS OUT AMONG BRUIN FANS DURING GAME 5

“Just started telling me how she was a law student,” McClatchy said. “It had nothing to do with her. She was just another customer in here using the dryer.”

Soon after, McClatchy said she was slammed against dryers at the laundromat. The two women were caught on camera fighting in the business.

Eventually, the customer's wig falls off and the two fall to the floor. McClatchy said she walked out of the laundromat, but the customer followed her — which is when the employee says she drew her gun, scaring the customer.

While authorities arrived after the incident, the customer had fled the scene. McClatchy said she hopes that if the customer ever becomes a lawyer, she "hope[s] she learns to hold her composure a whole lot better."