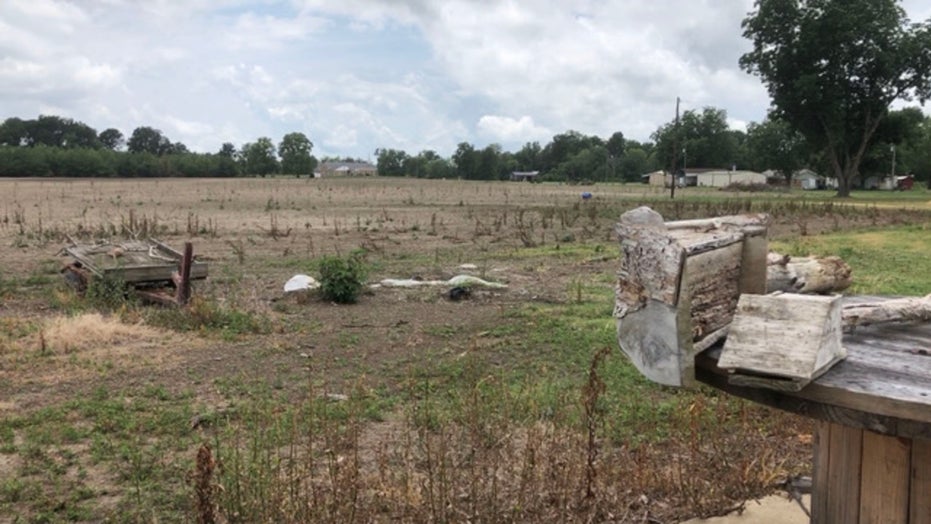 Multiple floods and low commodity prices are making it nearly impossible for Mississippi Delta farmers to make a profit in the midst of the coronavirus pandemic.

VALLEY PARK, Miss. - The coronavirus pandemic has brought businesses around the country to a screeching halt and, for farmers in the Mississippi Delta, the virus added insult to injury.

In March, as the pandemic was just beginning to emerge as a global health crisis, farmer Billy Whitten already had a major problem on his hands. All 1,440 acres of his farmland was inundated with floodwater; and it was threatening to upend a season of crops for the second straight year.

The Mississippi River had been raging above flood stage since early January and the U.S. Army Corps of Engineers opened and closed the Steele Bayou Control Structure on several occasions to help reduce stress on the river. That essentially turned the Delta into a bathtub; and allowed rainwater to pile up on thousands of acres of farmland.

“We’re just one big rain away from total disaster,” said Whitten, owner of Whitten and Whitten Farms. “Until we get the pumps, this is going to continue to happen.”

Billy Whitten, a farmer in the Mississippi Delta, had his planting season cut short after floodwaters covered all 1,440 acres of his farmland. The water started to recede in May, but low commodity prices, fueled by the coronavirus, have dashed his hopes of making a profit from crops he is able to plant this season. (Fox News/ Charles Watson)

The Environmental Protection Agency had planned on installing a pump station, but reversed course and vetoed the project in 2008.

An EPA official told Fox News it was “concerned with the disruptive and significant impacts” of the flooding and was currently in the process of coming up with a solution to fix it.

In late May, the floodwater started to go down. Whitten’s land and thousands of acres more in the area had begun drying out. There was hope that farmers, who didn’t get anything planted the previous year, could plant this year.

Whitten had planted at least 60 acres of soybeans on what land he could use. Then the reality of the coronavirus set in.

Prices for commodities Whitten would grow, like soybean and corn, have plunged by about 10 percent or more since the beginning of the year, according to Trading Economics.

Producers have bought less of the feed grains because the virus has made it increasingly difficult to sell livestock to processing plants where production has slowed due to coronavirus infections.

Additionally, reduced ethanol production has played a big part in pulling down the price of corn. About 40 percent of all U.S. corn is used in the production of ethanol, according to the United States Department of Agriculture. As the pandemic closed businesses and forced Americans to stay home, the demand for gasoline infused with ethanol plummeted and trickled down to corn prices.

“I can’t see any type of way I can make any money this year farming,” Whitten said. “That’s probably the most disheartening part of it, knowing that if we do plant we’re probably going to end up losing money on everything we plant. Prices of chemicals, seed, fuel, land rent and everything; that’s still just as high as it ever was.”

FAUCI: 'NIGHTMARE' CORONAVIRUS IS FAR FROM OVER

Even if Whitten were to plant, the low commodity prices would only bring in enough revenue for him to break even—maybe. That’s the best he could hope for so late in the season.

Will Maples, row crop extension economist at Mississippi State University, said the pandemic has made an already difficult situation excruciating for farmers in the Mississippi Delta. He said there will be some federal money allocated to help keep farming operations alive, but thinks the current situation is unsustainable.

“At these commodity prices, I mean it’s going to be hard to sustain long term because producers really over these last few years have probably cut as much cost out of their operations as they could,” Maples said.

Whitten has crop insurance and he’ll likely need it to hold himself over for the year. He’s optimistic that better days are ahead for him and other farmers in the Mississippi Delta.