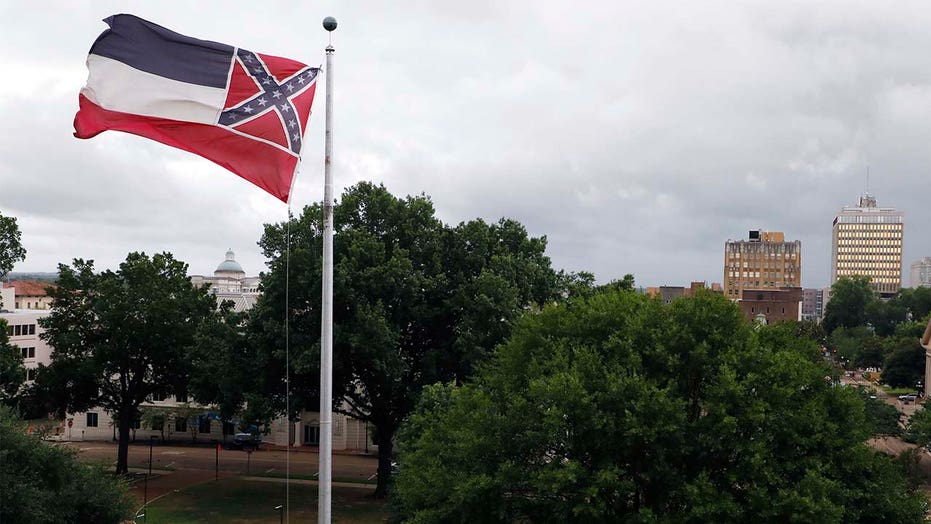 The Mississippi Legislature could vote this weekend to remove the Confederate battle emblem from the state flag.

Gov. Tate Reeves said Saturday morning if that happens, he will sign the legislation into law.

Reeves tweeted that the argument over the flag has become “divisive” and that “it’s time to end it,” WLBT-TV reported.

“The legislature has been deadlocked for days as it considers a new flag,” Reeves wrote. “The argument over the 1894 flag has become as divisive as the flag itself and it’s time to end it. If they send me a bill this weekend, I will sign it.”

He said this moment is an opportunity for a better future for the state.

“For economic prosperity and for a better future for my kids and yours, we must find a way to come together. To heal our wounds, to forgive, to resolve that the page has been turned, to trust each other. With God’s help, we can.”

Leaders say a vote at the state Capitol could happen as soon as Saturday. Pressure to change the flag has grown rapidly over the past three weeks amid nationwide protests against racial injustice. The protests came after the May 25 death of George Floyd a black who died in police custody in Minneapolis after an officer pressed his neck on his neck for nearly nine minutes, ignoring his cries that he couldn’t breathe.

The battle emblem — a red field topped by a blue X with 13 white stars — has been in the upper-left corner of the Mississippi flag since 1894. White supremacists in the Legislature put it there during backlash to the political power that African Americans gained after the Civil War.

The Mississippi Supreme Court ruled in 2000 that the flag lacked official status. State laws were updated in 1906, and portions dealing with the flag were not carried forward. Legislators set a flag election in 2001, and voters kept the rebel-themed design.

But, the flag has remained divisive in a state with a 38 percent Black population. All of the state’s public universities and several cities and counties have stopped flying it because of the Confederate symbol that many see as racist.

Influential business, religious, education and sports groups are calling on Mississippi to drop the Confederate symbol. Flag supporters say the banner should be left alone or put on the statewide ballot for voters to decide its fate.