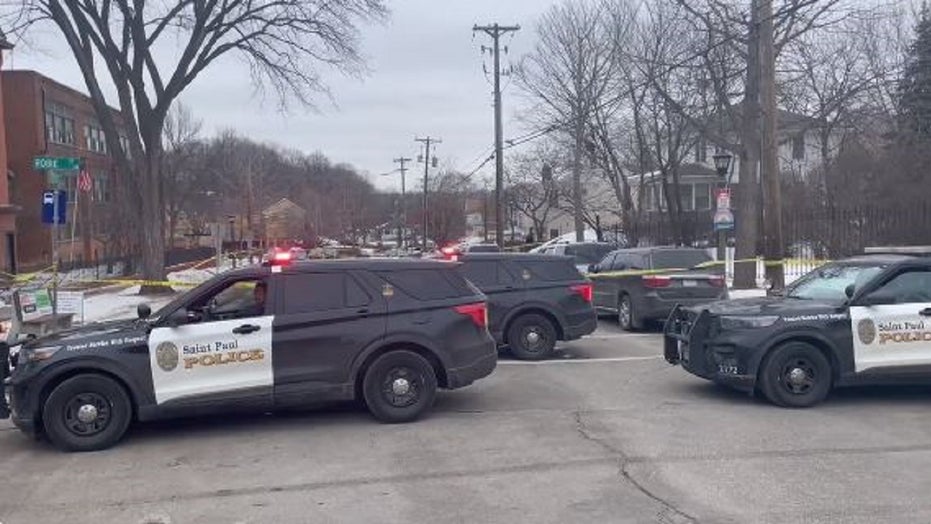 A man was killed and several others were wounded Monday when shots rang out outside a Minnesota funeral home as mourners were remembering another victim of gun violence.

A St. Paul police cruiser is stationed feet from where one person was killed and several others were injured during a shooting Monday.  (Saint Paul Police Department )

They were all taken to a hospital where the 28-year-old victim died, police said. He has not been identified.

"It's a tragedy on top of a tragedy," St. Paul police spokesperson Steve Linders said. "A family was gathered to mourn and celebrate a life and we had a shooting that took another life."

There were multiple shooters, he said. Investigators do not believe the shooting was random.

After the gunfire, a 17-year-old was taken to a hospital after having been shot three times in the leg, Linders said, but it was unclear if he was at the funeral home when the other shooting occurred.

A motive has not been determined and no arrests have been made.

The Ramsey County Medical Examiner will identify the victim of Monday's shooting after performing an autopsy, Linders said. Fox News reached out to a funeral home in the area but a representative hung up.