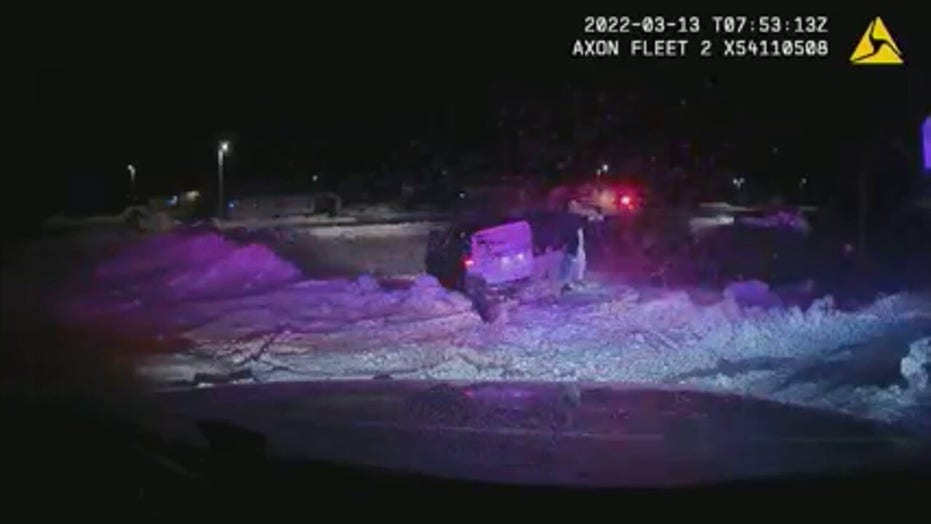 A Minnesota sheriff’s office released video Wednesday of an officer shooting from last month that shows a 20-year-old woman pull a gun on a deputy before she was shot and wounded.

A Minnesota sheriff’s officer on Wednesday released video of an officer-involved shooting from last month that shows a 20-year-old woman pull a gun on a deputy before she was shot and wounded.

Mahnomen County Sheriff Josh Guenther said that releasing the video was an effort to dispel a "narrative" spread on social media by a local coalition claiming the deputy attempted to murder the woman in the early morning hours on March 13 after a traffic stop that turned into a car chase.

"This coalition has created a ‘Wanted’ poster regarding Deputy [Dakota] Czerny, which raises serious questions about Deputy Czerny’s safety," Guenther said in a written statement on the department’s Facebook page. "The intent of releasing this video is to make the public aware of the facts."

The incident began around 1:37 a.m. when the deputy responded to assist another deputy with a traffic stop that turned into a pursuit, the sheriff’s office said. Czerny followed the vehicle and performed a PIT maneuver, sending the vehicle into a ditch. Czerny then took several of the passengers into custody.

The 30 seconds of footage taken from the dashcam of Czerny’s squad car shows two women standing outside the suspect's vehicle. When Czerny attempts to place handcuffs on the other woman involved in the incident, the sheriff said that 20-year-old Deanne Basswood drew a gun.

The deputy was assisting another deputy with a traffic stop that turned into a car chase in the early morning hours of March 13. The deputy was placing two women in handcuffs when one, identified as Deanne Basswood, pulled a gun, authorities said. (Mahnomen County Sheriff's Office)

Czerny jumps away from the women and draws his firearm as Basswood raises her arm toward the deputy, according to the video. Czerny can be heard yelling, "Drop the gun!"

Despite Czerny ordering Basswood to drop the gun, Basswood cycled the action on the firearm and pointed it at him, the sheriff’s office said. The clip ends after Czerny fires his firearm, striking Basswood.

At the time of the incident, Basswood had warrants out for her arrest related to an assault from June 30th, 2021. She was also charged in that incident with second-degree riot armed with a dangerous weapon, first-degree assault causing great bodily harm, and interfering with a 911 call.