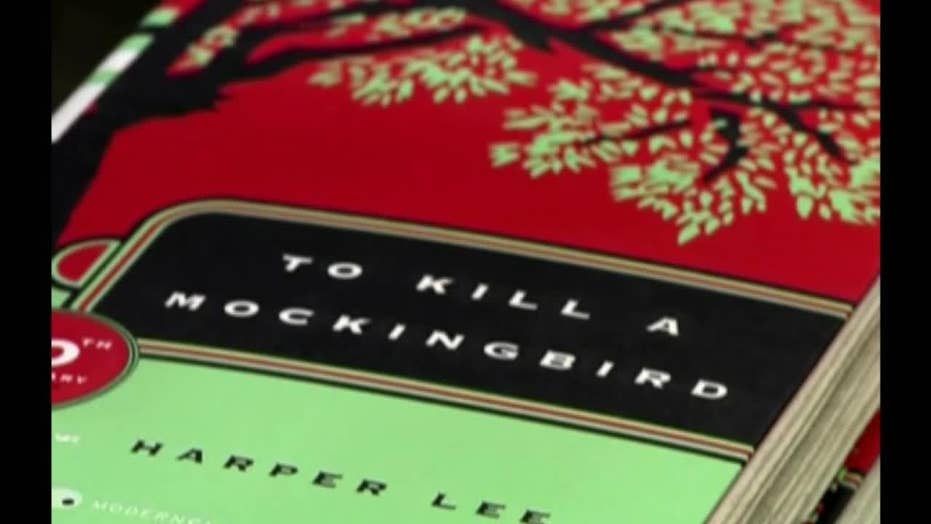 Official on removal of American classics from reading lists

Michael Cary, the director of curriculum and instruction for Duluth School District, explains decision to remove 'The Adventures of Huckleberry Finn' and 'To Kill a Mockingbird' from required reading.

A Minnesota school district removed classic novels “To Kill a Mockingbird” and “The Adventures of Huckleberry Finn” from its required reading lists due to the novels' use of a racial slur.

Michael Cary, the director of curriculum and instruction for Duluth School District, announced the two books were removed due to the n-word being used throughout both novels.

“We felt that we could still teach the same standards and expectations through other novels that didn’t require students to feel humiliated or marginalized by the use of racial slurs,” Cary told the Duluth News Tribune.

The two books would be available in school libraries if students were interested in reading them on their own, FOX 21 Online reported.

Cary said the books were removed in order to be “considerate of all of its students.”

Stephan Witherspoon, the president of NAACP’s local chapter, said he welcomed the decision. He called the novels “hurtful” that “use hurtful language that has oppressed the people for over 200 years.”

"It's wrong. There are a lot more authors out there with better literature that can do the same thing that does not degrade our people. I'm glad that they're making the decision and it's long overdue, like 20 years overdue," Witherspoon said. "Let's move forward and work together to make school work for all of our kids, not just some, all of them."

Harper Lee’s Pulitzer Prize-winning novel is listed at No. 21 on the American Library Association’s most “banned or challenged books list in the last decade.” The novel, published in 1960, followed the adventures of a girl and her brother and the racial inequality that existed in their small Alabama town.

DISTRICT ERASES ‘TO KILL A MOCKINGBIRD’ FROM LESSON PLAN

Last year, administrators at the Biloxi School District in Mississippi removed the book from the curriculum.

“The Adventures of Huckleberry Finn,” published in 1884 by Mark Twain, follows the adventures of a poor white boy and a slave. The novel also made the list of “most frequently challenged books” in 2015, The Washington Post reported.

Both novels use the n-word throughout.

Cary said the school’s administrators and teachers were working on introducing new books to the curriculum.

"The decision to protect the dignity of our students seemed like a reasonable and easy one to make that didn't require teacher input. But in terms of making sure that we select excellent novels that serve the same purpose, that definitely needs teacher feedback and their help in making that decision," Cary said.