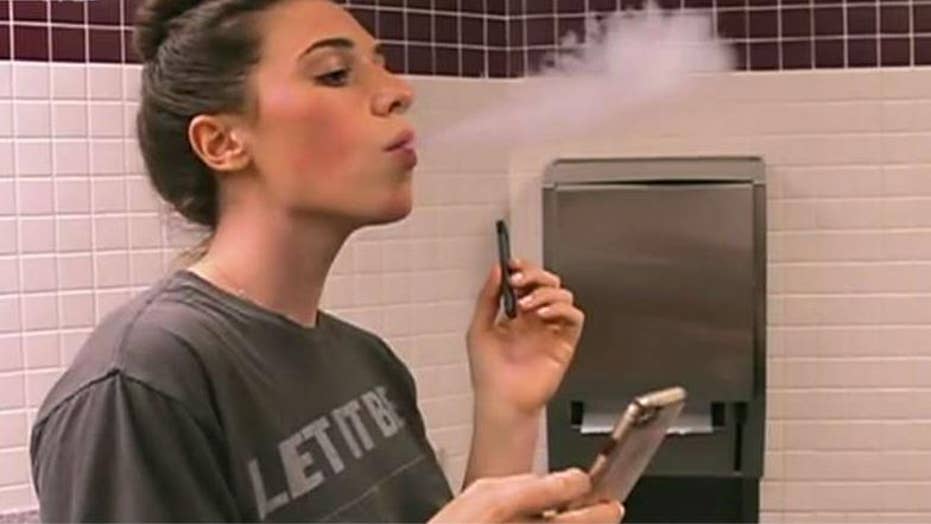 Nearly $4 million worth of illegal THC vaping cartridges were seized from a Minnesota residence Monday as police warned against the dangers of the illicit product that has already been linked to one death in the state.

New Hope Police Chief Tim Fournier said that authorities were tipped off earlier this summer to the sale of the cartridges, which he said resulted in the largest bust of its kind.

75,000 THC cartridges seized in Anoka County, Minn. on Monday are believed to have come from out of state for distribution in Minnesota. (New Hope Police Department)

In addition to the products, which have a street value of over $3.8 million, law enforcement found $23,383 in counterfeit money and several other marijuana “evidence.”

Police believe that the products came from out of state and were intended for distribution.

“While the investigation is ongoing, these types of products are available for purchase in supplier states that have already passed laws legalizing recreational marijuana,” Fournier said at a news conference Tuesday.

“If you think this is a problem now, wait until cannabis products become commercially available in Minnesota. This is yet another example of why we should pause, take our time before passing similar laws in our state.”

He continued: “The black market suppliers don’t go away when you legalize this kind of product.”

75,000 THC cartridges seized in Anoka County, Minn. on Monday are believed to have come from out of state for distribution in Minnesota. (New Hope Police Department)

The use of illegal THC vaping products have become a growing issue in the U.S. but officials in Minnesota worry their state is on the cusp of a serious epidemic.

“We currently have Minnesota children who are on mechanical ventilation due to this vaping injury,” Daniel Hudd, Assistant Commissioner for the Minnesota Department of Public Health, said. “So far, our investigation is correlating these injuries to illegally purchased THC vape cartridge.”

The health department's latest figures show that there are currently 45 “confirmed or probable cases” of vaping-associated lung injuries with an additional 22 under review.

Earlier this month, they confirmed the state’s first death linked to a patient who was vaping with THC products, FOX9 reported.

Police have not identified the man arrested in Monday’s bust, adding that charges are pending in Anoka County.