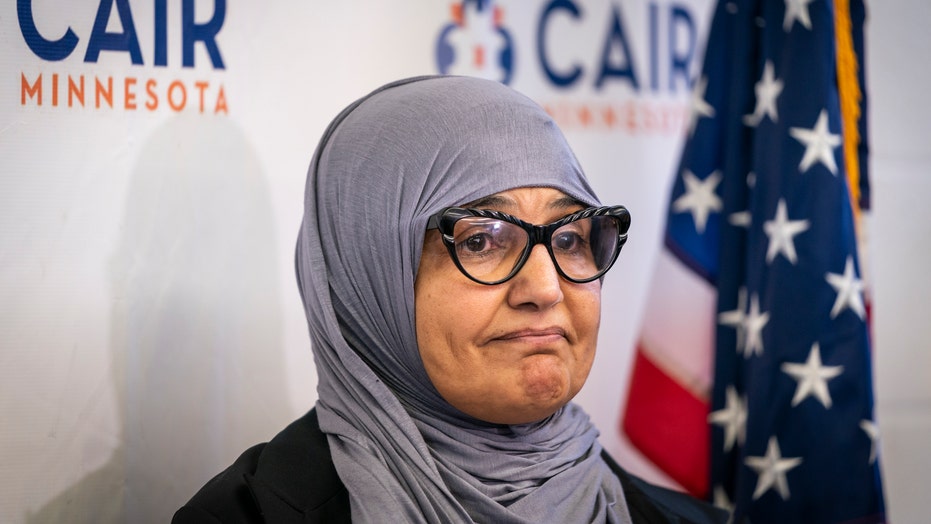 The Muslim woman who was forced to remove her hijab for a booking photo in a Minnesota jail received a $120,000 lawsuit settlement, her attorneys announced Tuesday.

Appearing with her attorneys at the Minneapolis headquarters of the Council on American-Islamic Relations, Aida Shyef Al-Kadi, of St. Louis Park, said her treatment in the Ramsey County jail was “one of the most humiliating and harmful experiences" of her life.

“I knew that I did not want any other Muslim woman to experience what I did,” she said during a news conference.

Aida Shyef Al-Kadi, of St. Louis Park, attends a press conference at CAIR-MN headquarters in Minneapolis on Tuesday. Al-Kadi reached a settlement with Ramsey County for $120,000 after claiming religious discrimination after being forced to remove her hijab for a booking photo and go without a hijab for a time while in jail. (Leila Navidi/Star Tribune via AP)

The 57-year-old was arrested in August 2013 after a judge issued a warrant over her failure to appear in court over a traffic offense while taking her daughter to the hospital, the Star Tribune reported.

Al-Kadi agreed to remove the headscarf for her booking photo after she was told it would not be released. However, a month later, she found the photo on a third-party website that charges users to take them down.

Under the settlement, the jail has implemented rules to accommodate inmates with religious headwear when taking booking photos. The county also agreed to destroy hard copies and delete electronic copies of Al-Kadi's booking photo.

“We believe that this settlement agreement is fair and in the best interests of all of our residents," Ramsey County Board Chair Jim McDonough said in a statement Tuesday.

"Ramsey County’s values hold that the rights, beliefs, well-being and dignity of all our residents are protected and honored in all aspects of what we do. The practices outlined in the agreement to improve the booking process for those with religious head coverings better reflect these values," he added.