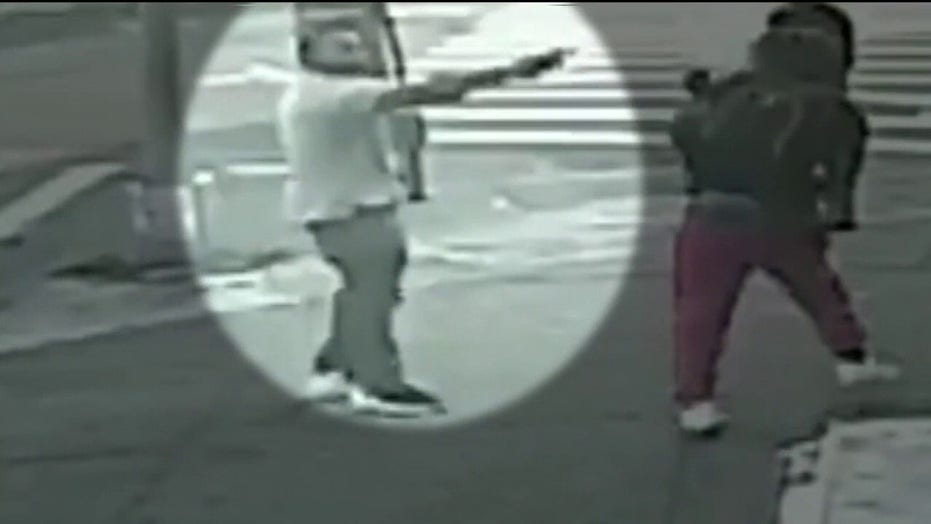 People flee major US cities over crime, lack of jobs

Milwaukee and Minneapolis have seen the biggest surge in murders so far this year compared with other major cities nationwide, more than doubling the number of homicides reported during the same time in 2019, according to data compiled by Fox News.

Meanwhile, Minneapolis saw the second-highest spike, with a 114% increase in homicides since the beginning of the year until Aug. 12. Forty-five murders were reported during that time this year, compared with the 21 reported during the same period in 2019, according to data compiled from the Minneapolis Police Department.

A protester holds a newspaper in front of the Minneapolis police standing guard against protesters at the Third Precinct as people protest the arrest and death of George Floyd on May 27, 2020. (AP Photo/Jim Mone, File)

Both cities have recently made headlines, starting at the end of May, with the death of George Floyd while in the custody of Minneapolis police. Floyd, who is Black, died after a white police officer held his knee on his neck for nearly nine minutes. Floyd repeatedly shouted that he could not breathe.

Floyd’s death led to protests and demonstrations throughout the country calling for an end to police brutality and systemic racism.

Milwaukee's former police chief, Alfonso Morales, who was demoted to captain last week, announced Wednesday he would retire instead of staying with the department.

Officials had criticized how Morales handled multiple incidents involving Black people, including the arrest of Milwaukee Bucks player Sterling Brown. They were also critical of his decision to use tear gas and pepper spray against protesters.

Protesters gather near the Minneapolis Police Third Precinct to watch a construction site burn in the days after the death of George Floyd in Minneapolis, Minn. May 28, 2020. (REUTERS/Nicholas Pfosi)

In some cities, including Minneapolis, members of the public turned to rioting, looting stores and starting fires in the wake of Floyd's death. Other areas, such as Portland, Ore., have continued to protest and riot for more than 75 days, at times going so far as exploding fireworks at government property and police officers and shooting lasers into the eyes of law enforcement agents, according to multiple reports.

Austin, Texas, reported the third-highest murder surge out of U.S. big cities, with a 64% increase in homicides between the beginning of the year and June 30, compared with the 14 recorded in 2019, according to Austin PD.

Chicago Police shell casing markers are seen, where a 37-year-old man riding a bicycle was shot and pronounced dead at the hospital, at the West Side of Chicago, Illinois, U.S., July 26, 2020. (REUTERS/Shannon Stapleton)

By the end of June, the average murder rate for 20 big cities had increased 37% percent compared with the end of May, the New York Times reported, citing University of Missouri-St. Louis criminologist Richard Rosenfeld.

The recent flare in protests was accompanied by calls for police departments to be defunded, or for portions of their budgets to be reallocated in ways that would benefit communities of color.

A Police Executive Research Forum, first reported by USA Today, found that out of the 258 police departments polled, almost half have had their budgets cut.