The tragic shooting of 40-year-old Justine Damond has sparked public outcry. Here’s a look at some of the most probing questions surrounding the case

A Minneapolis police officer acted "recklessly" last summer when he fired a shot that killed an Australian woman who had called 911 to report a suspected rape, a prosecutor said Tuesday.

Officer Mohamed Noor, who was charged with murder and manslaughter in the death of 40-year-old Justine Ruszczyk Damond, "clearly ... violated the rules and deserves to be charged," Hennepin County Attorney Mike Freeman said during a news conference.

Noor turned himself in after a warrant was issued for his arrest in connection with the case, his attorney confirmed.

Noor’s employment with the Minneapolis Police Department has been terminated, Arrandondo said Tuesday, according to FOX 9 in Minneapolis-St. Paul.

The case marks the first time that an on-duty officer in Hennpin County has been charged with murder, the station reported.

Damond was shot July 15, minutes after calling 911 to report a possible sexual assault in the alley behind her home.

The criminal complaint said Noor acted “recklessly,” and that there is no evidence to justify the officer’s use of deadly force.

"There is no evidence that, in that short timeframe, Officer Noor encountered, appreciated, investigated, or confirmed a threat that justified the decision to use deadly force," the criminal complaint said. "Instead, Officer Noor recklessly and intentionally fired his handgun from the passenger seat, a location at which he would have been less able than Officer Harrity to see and hear events on the other side of the squad car." 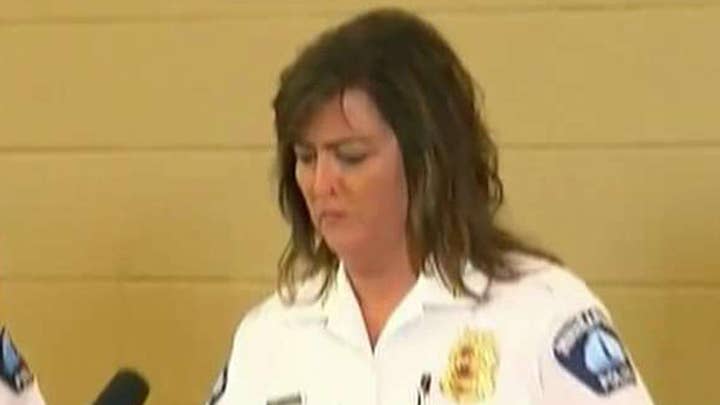 Noor faces a third-degree murder charge for a death caused without intent and "for perpetrating an eminently dangerous act." He is also charged with second-degree manslaughter for "culpable negligence creating unreasonable risk."

Noor, a 32-year-old Somali-American, has not talked publicly about the case and declined to be interviewed by state investigators.

In a statement Tuesday, Damond's family praised the charges, calling them "one step toward justice."

"No charges can bring our Justine back. However, justice demands accountability for those responsible for recklessly killing the fellow citizens they are sworn to protect, and today's actions reflect that," the statement said.

"(J)ustice demands accountability for those responsible for recklessly killing the fellow citizens they are sworn to protect, and today's actions reflect that."

— Statement from family of Justine Damond

Noor’s attorney, Thomas Plunkett, believes his client should not have been charged.

"The facts will show that Officer Noor acted as he has been trained and consistent with established departmental policy,” he said in a statement.

"The facts will show that Officer Noor acted as he has been trained and consistent with established departmental policy."

A police officer who was with Noor at the time of the shooting, Matthew Harrity, told investigators that he was startled by a loud noise right before Damond approached the driver's side window of their police SUV. Harrity, who was driving, said Noor then fired his weapon from the passenger seat. Damond died of a gunshot wound to the abdomen.

The officers did not turn on their body cameras until after the shooting, and there was no squad camera video of the incident.

The lack of video was widely criticized, and Damond's family members were among the many people who called for changes in procedure, including how often officers are required to turn on their cameras.

The shooting also prompted questions about the training of Noor, a two-year veteran and Somali-American whose arrival on the force had been celebrated by city leaders and Minnesota's large Somali community. Noor, 32, had trained in business and economics and worked in property management before becoming an officer.

Then-Chief Janee Harteau defended Noor's training and said he was suited to be on the street, even as she criticized the shooting itself. But Harteau — who was on vacation when the shooting happened and didn't make her first public appearance until several days after the shooting — was forced out soon after by Mayor Betsy Hodges, who said she had lost confidence in the chief. 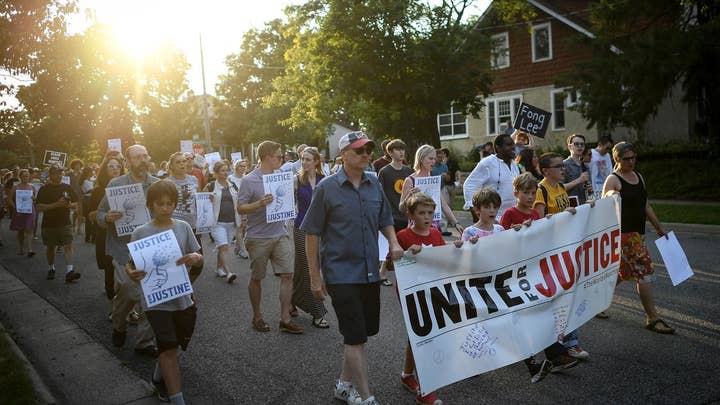 Harteau's replacement, Medaria Arradondo, quickly announced a policy change requiring officers to turn on their body cameras in responding to any call or traffic stop.

Freeman’s pledge last year to make a charging decision in the case by year's end had been put on hold after a video surfaced that showed him complaining that investigators hadn’t brought forward enough evidence to charge Noor.

The county attorney apologized soon after, acknowledging that he shouldn’t have talked about the case in detail in public.

A grand jury was assembled at Freeman’s request to aid in the case’s investigation, because he said several officers weren’t cooperating.

Freeman underscored Tuesday that Noor’s charge was still his to decide.

If convicted of third-degree murder, Noor could face a maximum of 25 years in prison, though the presumptive sentence is 12 ½ years. A judge could issue a sentence ranging from about 10 ½ to 15 years.

The second-degree manslaughter charge carries a maximum sentence of 10 years in prison, but the presumptive sentence is four years.