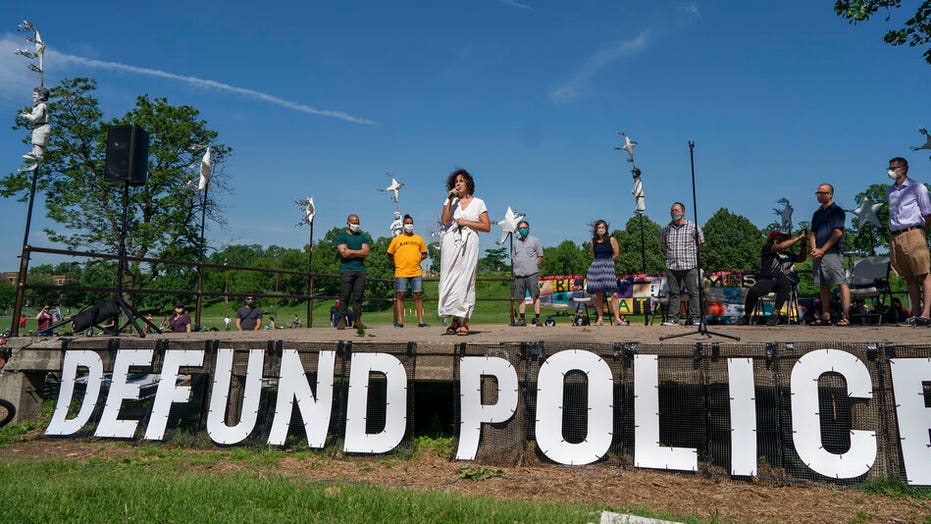 Several Minneapolis City Council members who have received death threats following their calls to defund the police after the death of George Floyd have been assigned private security details -- reportedly costing the city $4,500 a day in taxpayer dollars.

According to information obtained by Fox News, the city has spent $63,000 on private security over the last three weeks.

“The names of the people getting security details are not public,” a city spokesperson told Fox News Saturday.

The threats reportedly came after the council members were vocal in their calls to defund the Minneapolis Police Department (MPD).

The largely white police force has struggled to regain the city’s trust after the death of George Floyd. The new proposal would eliminate the existing police department and instead create "a department of community safety and violence prevention, which will have responsibility for public safety services prioritizing a holistic, public health-oriented approach."

One council member told Fox 9: “I don’t feel comfortable publicly discussing the death threats against me or the level of security I currently have protecting me from those threats.”

They noted that the security detail was temporary.

But another council member told the outlet they had been worried about security since they were sworn in.

“My concern is the large number of white nationalist[s] in our city and other threatening communications I’ve been receiving,” they said.

None of the council members responded to Fox News’ request for comment.

LAW ENFORCEMENT EXPERTS ON DEFUNDING, DISMANTLING POLICE: 'WHEN YOU CALL 911 WHO IS GOING TO COME OUT?'

The Minneapolis Police Department, which would traditionally provide security in this scenario, could not be reached by Fox News but told Fox 9 that the MPD does not have any records of recent threats against the three council members -- adding that it was possible the record could have been filed confidentially.

One of the council members who spoke with Fox 9 said they did not alert the threats to the MPD because they were consumed with dealing with the “global pandemic and global uprising” after Floyd's death. But they noted that the threats had been wide-ranging, attacking their ethnicity, gender identity and sexuality.

The Minneapolis mayor’s office could not be reached by Fox News to address the security threats against the council members. But a city spokesperson told Fox 9 that the MPD resources were needed elsewhere in the community. They also said that the cost of the private security detail was roughly the same as the cost for the taxpayer as would be MPD security services.

Private security has been provided by two firms, Aegis and BelCom, as an interim fix until other security solutions can be established.

“This security service was intended to be temporary and [a] bridge to other security measures implemented by council members themselves,” a city spokesperson told Fox News.

The security expenses do not need city council approval unless the amount surpasses $175,000. A spokesperson for the city told Fox 9 that the temporary security costs are not anticipated to come near that threshold.