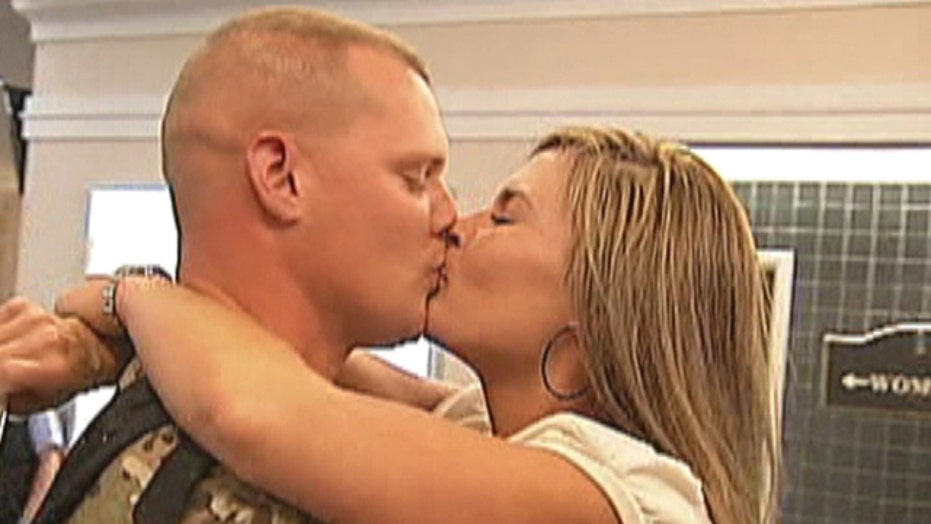 It was a hefty surprise -- borne from a much slimmer woman.

Deployed for a year in Afghanistan, Army Spc. Larry Shaffer returned to North Carolina this week to discover his wife, Misty, had dropped more than 100 pounds in that 12-month period as a homecoming gift to her husband.

"Wow," Shaffer reportedly said after first laying eyes on a much svelter Misty and ecstatically throwing his arms around her.

"This is icing on the cake because I've been happy with the way she's looked since day one, but it's something she wanted to do and she reached her goal.”

"I just kept pictures off Facebook, off the Internet," Misty told WECT in Wilmington. "When I did send him pictures, they were from the shoulder up."

The homecoming came with another shock for the Army specialist – a new home.

Misty Shaffer not only dropped the weight in the interim since her husband departed overseas, but purchased a new home for her beloved.

"He's been wanting to buy a house now forever and I went and did it while he was gone," Misty reportedly said.

Together, the couple has a 3-year-old daughter named Nevaeh, who, as Shaffer said, is much bigger than he recalled when leaving.

Family and friends tried to keep Misty’s new look a secret till the last-possible moment.

As Larry Shaffer approached the baggage-claim area of Wilmington International Airport, the assembled throng reportedly parted with a big cheer of, “Surprise!”

"Everything's new," Shaffer told WECT. "I pretty much have a new wife. My daughter's three times the size she was and we have our own home now."