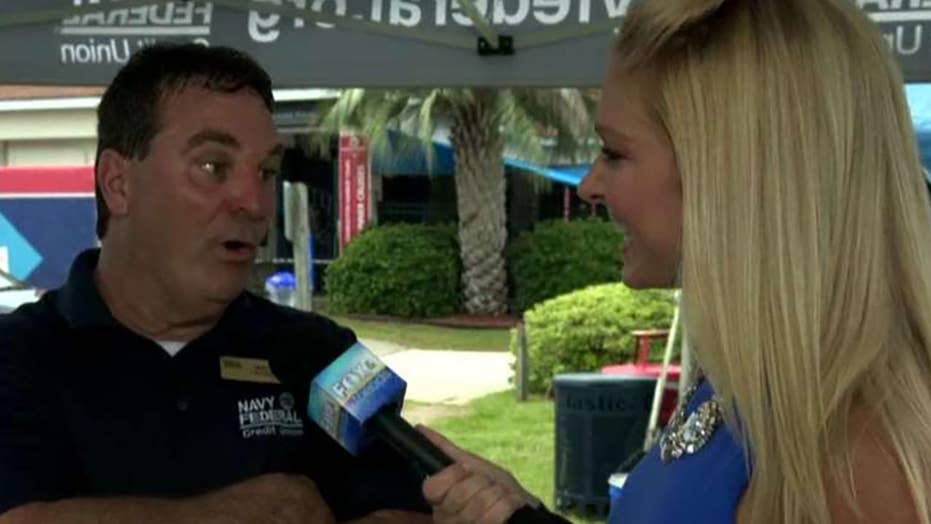 Fox News correspondent Anna Kooiman joined with members of the Navy Federal Credit Union in Patriots Point, S.C. to reflect on the Fourth of July and pay tribute to the U.S.

Kooiman noted that Patriot Point, which has a naval and maritime museum, houses historic warships.

Appearing on "America's Newsroom," Kooiman stopped by the Navy Federal Credit Union tent and spoke with military veterans Amanda Alexander and Max Truxillo about their service and their jobs at the credit union.

SCOTT GUNN: A PRAYER FOR OUR COUNTRY ON INDEPENDENCE DAY

Alexander said that her family has a history of military service “in all different branches” going back to the War of 1812.

Alexander was a police officer in the U.S. Army.

Navy veteran Max Truxillo said that what makes him a proud American is being reminded how special the United States is whenever he traveled around the world.

“The more places I’ve seen, the more I appreciate our country and the freedoms we have,” he said. “There’s so much to be thankful for in our country. I wouldn’t live anywhere else.”