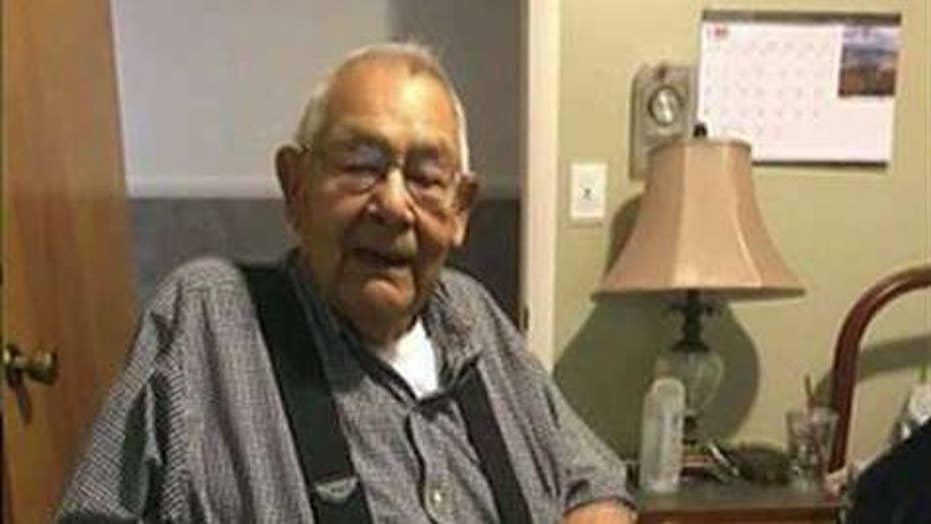 For his 100th birthday on June 6 -- which comes 74 years after he was miraculously pulled off a Normandy-bound boat on D-Day -- Michigan WWII veteran Isaac "Ike" Fabela has just one wish, his family said.

Fabela will be anxiously checking his mail, as the happy and humble vet hopes to rack up 100 birthday cards from well-wishers across the country.

“He’s always been that uncle that, whenever you see him, he puts a smile on your face,” Ike’s great-nephew, Nick Rodgers, told Fox News on Wednesday. “He’s a very humble man; he says he has everything he needs already.”

Still, Ike’s family hopes the veteran can commemorate his 100 years with 100 cards.

Ike, born in Texas in 1918, served in World War II from 1944 to 1946. His service took him to countries such as Germany and Norway. He nearly saw combat duty on D-Day on June 6, 1944, which also happened to be his 26th birthday. But he was pulled off a boat heading to the Normandy shore at the last minute, one of his eight daughters, Lolie, told Fox News on Wednesday.

“When someone calls him a hero, it touches his heart. But he doesn't feel like he deserves that title. He always says that the young men who didn’t make it back are the heroes,” Lolie said.

“It’s amazing, the things he remembers. The stories he can tell -- he’s like a walking history book,” she added.

Ike Fabela poses for a photo in his uniform in the 1940s. (Lolie Fabela)

Ike has lived in Montrose for the majority of his life, and is highly respected in the community, Lolie said. She recalled various instances of strangers approaching her father, thanking him for his countless acts of charity.

For instance, Lolie said a man once came up to her father, thanking him for buying his ticket to a local circus as a child because his family couldn't afford it.

“We had no idea that he had done all of those things,” she said.

Rodgers also commented on his great-uncle’s selflessness. His favorite memory with Ike, he said, was after he returned home from the Iraq War in 2006. The two had a long talk about their respective experiences in the military.

“Even though things were different, the thought process is the same,” said Rodgers. “It was neat to tie our two hardships together; it’s something that I’ll never forget.”

Lolie said her father is “so excited” for his birthday, adding that the majority of Montrose will take part in various planned celebrations.

“He is a very humble man and says that he's never done anything to deserve all this," she said. “But he has.”

If you would like to send Ike a birthday card, you can mail it to: