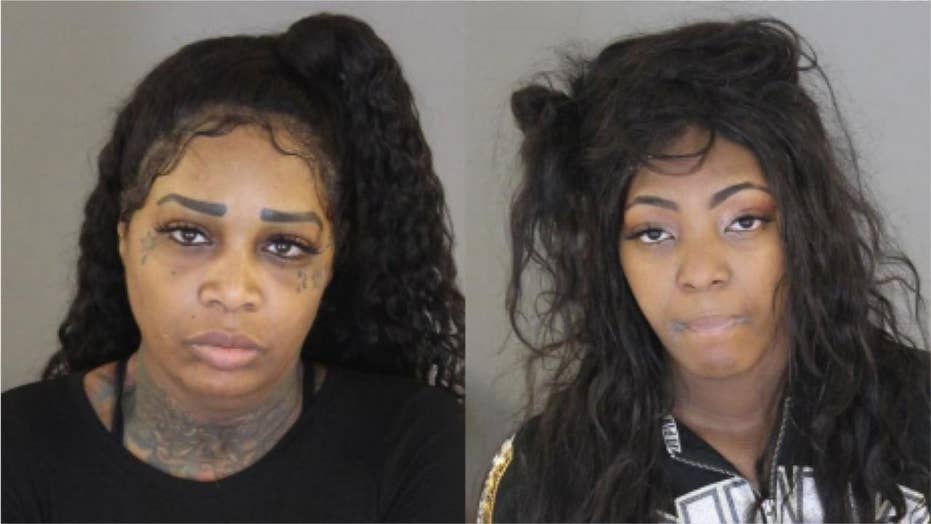 Two Michigan women were arrested for allegedly stealing almost $2,000 worth of electronics from a Target store during a charitable 'Shop with a Cop' event.

Criminal masterminds they are not.

Two Michigan women have been accused of stealing from a Target store that was filled with police at the time for a "Shop with a Cop" event.

On Wednesday, the Bloomfield Township Police Department along with Sylvan Lake, Keego Harbor and Orchard Lake police departments hosted a “Shop with a Cop” event at a Target in Bloomfield Township. Some 15 officers were at the store helping disadvantaged children choose a gift for their family members when the two women were seen by the store’s security officers loading a cart filled with $1,900 worth of electronics, the Detroit Free Press reported.

The women allegedly walked out of the store with the cart without paying but did not make it too far.

"The loss prevention (officers) actually apprehended them, then they asked for police assistance," Sylvan Lake Police Sgt. Michael Mondeau said. "The police officers were only about 20 feet away when they tried to walk out of the store."

Bloomfield Township Police Sgt. Dan Brown said the women were aware the officers were at the store at the time because Johnson complimented an officer on their generosity.

The Keego Harbor Police Department posted about the event on Facebook and mentioned the women accused of stealing in a tongue-in-cheek reference.

“On a side note, there must have been a special episode of ‘Dumb Criminal Minds’ being filmed live as a person tried to shoplift a bunch of electronics right in front of about 10 cops,” the Facebook post read. “They didn't get far. DON'T TAKE WHAT IS NOT YOURS, it's a simple rule that everyone should abide by and the world would be a better place.”