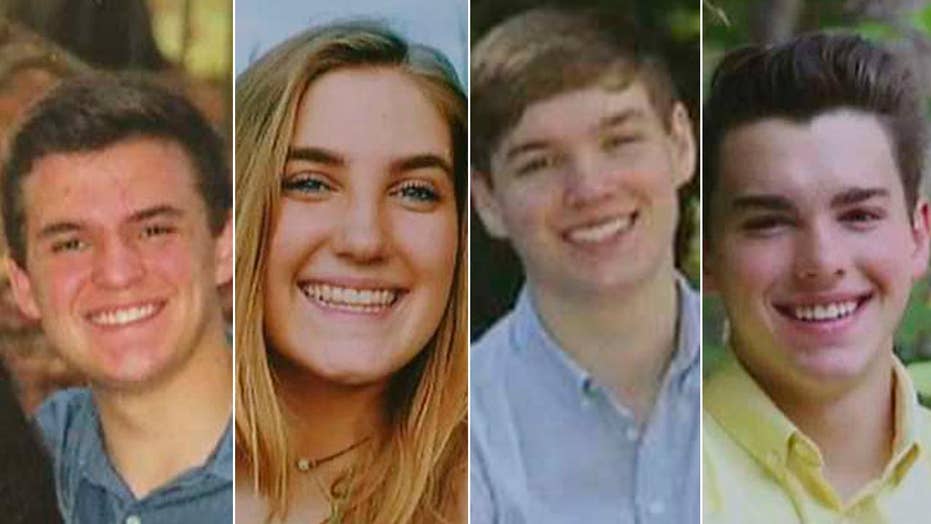 Quadruplets are enlisting in the military

Michigan quadruplets are enlisting in different branches of the military.

A set of quadruplets in Ada, Michigan have all decided to join respective branches of the military.

The four are soon-to-be graduates of Forest Hills Northern High School. They told the news station their grandfather and brother-in-law inspired them to serve.

Three of the four Lees quadruplets are pictured above. Each of them are joining a different branch of the military. (FOX17)

Rose Lees, whose enlisting in the Air Force, is “sad” she will be separating from her brothers.

"We’ve been pretty close ever since we were little, and now we’re going down our own paths, so it’s kind of sad," she told the news station.

One of the four, Nevin, has already begun his training in North Carolina with the Marine Corps, according to Fox 17.

"Ever since I was little I’ve always wanted to serve," she added. "I just want to help out our world."

Three of the quadruplets' other siblings, who are adopted, are also graduating this spring.