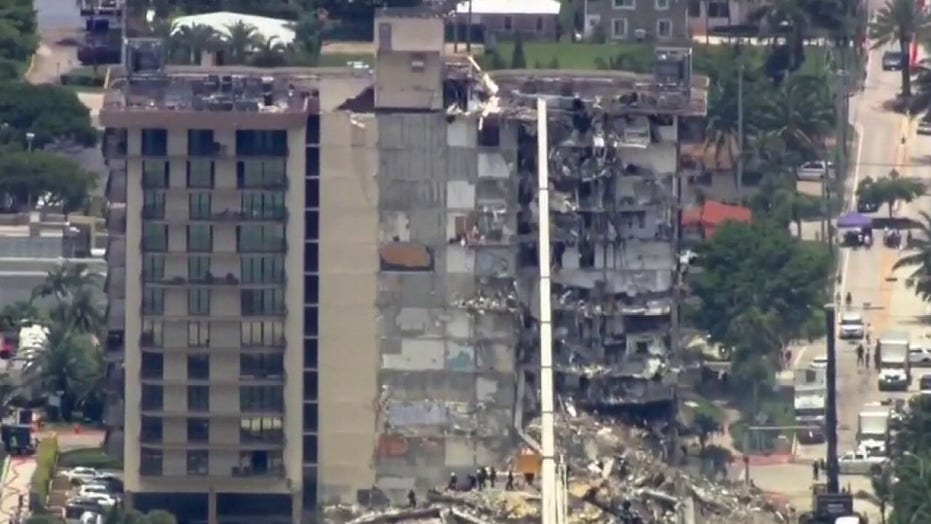 The president of the Champlain South Towers condo association, in an April letter, wrote that damage to the garage had gotten significantly worse since a 2018 inspection and that the concrete deterioration of the building was "accelerating," according to reports Monday.

At least 11 people have died and more than 150 are still missing after the Miami condo partially collapsed early Thursday in Surfside, Florida. Rescue workers continue to search for survivors in the rubble.

In the April 9 letter, the Surfside condo board president, Jean Wodnicki, wrote how the building was in desperate need of repairs, and she urged residents to pay millions of dollars in assessments needed to fix structural problems.

"A lot of this work could have been done or planned for in years gone by. But this is where we are now," Wodnicki said, according to the Wall Street Journal.

She noted that in fall 2018, engineering firm Morabito Consultants was hired to inspect the building, reports said. The engineering report pointed out flaws of the building ahead of work that would be needed for the building to meet 40-year recertification in 2021, documents showed.

The report found that the pool deck's waterproofing had failed and was not sloped to drain water. It also pointed to "abundant cracking" in concrete columns and beams.

"Failure to replace the waterproofing in the near future will cause the extent of the concrete deterioration to expand exponentially," the report stated.

About a month after the report, former Surfside building official Rosendo "Ross" Prieto told the association, in a meeting, that the building was in "very good shape."

"The response was very positive from everyone in the room," Prieto wrote in the email, which local officials provided to reporters. "All the main concerns over their forty-year recertification process were addressed."

But in April, Wodnicki told Champlain South Tower residents that the initial inspection was not enough to determine the full scale of structural issues to the building.

"It is impossible to know the extent of the damage to the underlying rebar until the concrete is opened up. Oftentimes the damage is more extensive than can be determined by inspection of the surface," Wodnicki wrote.

"When you can visually see the concrete spalling (cracking), that means that the rebar holding it together is rusting and deteriorating beneath the surface," she continued. "The concrete deterioration is accelerating. The roof situation got much worse, so extensive roof repairs had to be incorporated."

The firm’s 2018 report noted that some repairs were needed "in the near future," according to Brett Marcy, the representative for Morabito Consultants.

Donna DiMaggio Berger, an attorney for the condo association, told the WSJ Sunday that the 2018 engineer’s report didn't raise any alarms.

"Concrete spalling, rebar deterioration --these are not unusual events when you have buildings exposed to corrosive conditions," Berger said.

The letter's purpose was to explain the worthiness of construction projects for the building ahead of a meeting on a proposed special assessment of $15 million to be paid by residents, according to the paper.

The cause of the 12-story Miami building's collapse remains unknown.