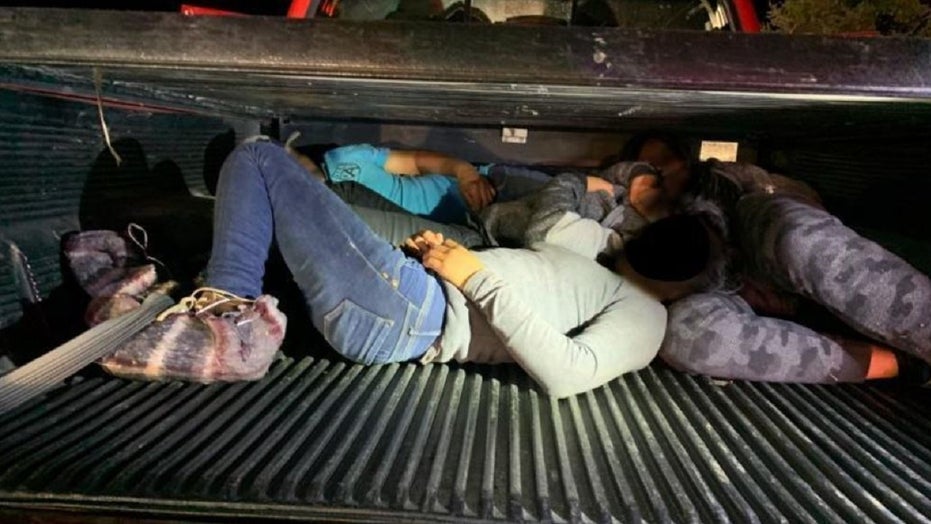 A Mexican woman who was the reported leader of a human-smuggling ring was sentenced Wednesday to 10 years in prison, authorities said.

Brenda Yadira Gamez-Castaneda, 41, known as “Guera La Trailera," was handed the sentence in a South Texas courtroom for her role in conspiring to transport undocumented immigrants into the United States, the Justice Department said.

She also received a 24-month sentence for illegally re-entering the U.S. after having been deported. It will run concurrently with the 10-year bid. U.S. District Judge Micaela Alvarez noted that Castaneda destroyed evidence and demanded others to do the same and instructed a co-defendant what to tell investigators.

CARAVAN IN MEXICO BROKEN UP BY NATIONAL GUARDSMEN, IMMIGRATION AGENTS

A Mexican woman who federal authorities said was the leader of a human smuggling ring was sentecned to 10 years in prison ealrier this week. (U.S. Customs and Border Protection)

Federal prosecutors said she was responsible for the smuggling of at least 25 undocumented immigrants. At least one was involuntarily detained and another was held by coercion or threat in connection with demands for payment. She also used a 10-year-old child to help her at a hotel where the immigrants were being kept.

A federal indictment said she was part of a criminal enterprise that involved at least five or more people and included at least two alien smuggling cells.

The immigrants would then be handed over to Castaneda, who transported them with another defendant, Silber Vazquez-Mireles, to various hotels snd stash houses where they would stay until arrangements were made to smuggle them past Border Patrol checkpoints.

In October, Vazquez-Mireles, 32, was sentenced to more than three years in prison. Flores-Brewster, 60, and Medina-Cervantez, 29, are scheduled to be sentenced in March.