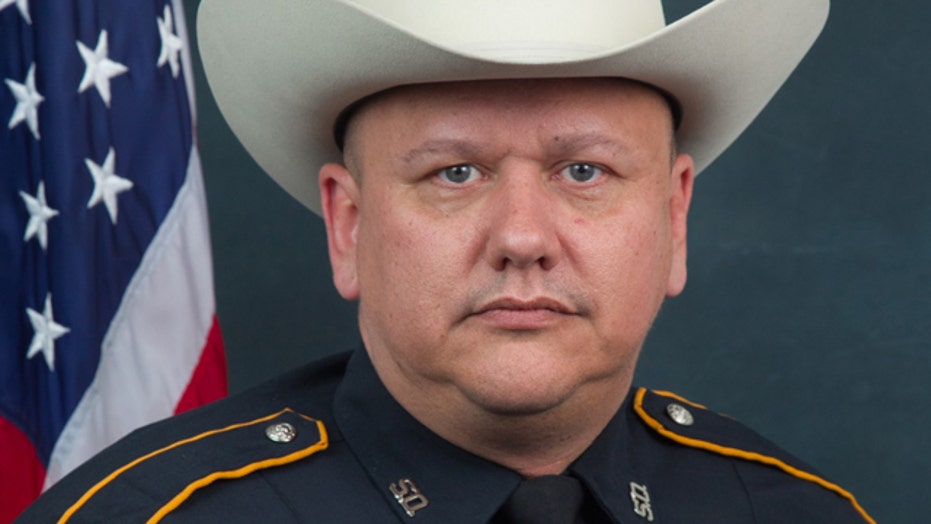 Murdered sheriff's deputy to be laid to rest in Houston

Texas deputy Darren Goforth took his last breaths at pump #8, filling his cruiser up with gas as his assailant walked up behind him at a Harris County Chevron station and unloaded 15 bullets.

The police officer’s Aug. 28th murder shocked the nation, and particularly affected the Harris County community members who came to the pump at West Road and Telge to pay tribute with signs, balloons, American flags and flowers.

But the cathartic expressions have come at a cost for the owners of the gas station and convenience store, who’ve shut down part of their business to allow the remembrances to go on, according to KHOU. The owners have also planned a permanent tribute for Goforth at the station and, in another sign of respect, they shut down the registers during Goforth’s funeral.

“It’s our honor, because that’s a tragic moment,” station manager Amjad Latief told KHOU. Latief was the manager the night Goforth, 47, was killed.

“Since they have lost much business, we’re gonna ask all the community to come out for a day or for a weekend,” Bossi told KHOU. “Come fill up your gas tank. Come in and buy something from the store.”

Shannon Miles, 30, has been charged with capital murder in Goforth’s killing. Cops continue searching for a motive in the shooting.