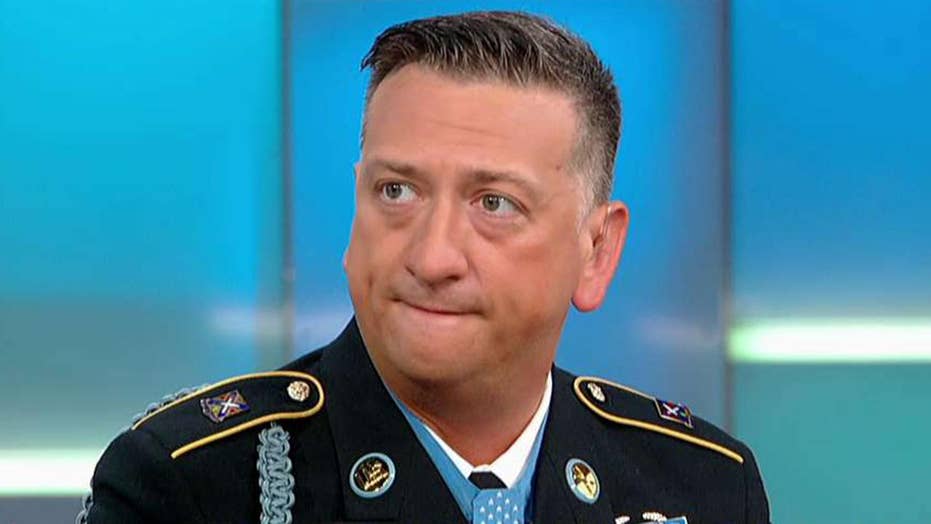 An Iraq war veteran who was awarded the Medal of Honor by President Trump said Friday the experience was "unbelievable" and thanked the president for allowing him to include his team in the emotional ceremony.

Former U.S. Army Staff Sgt. David Bellavia is the first living Iraq war veteran to be given the prestigious honor after he saved his platoon during the Second Battle of Fallujah in 2004, considered the bloodiest conflict for United States troops since the Vietnam War.

During an appearance on "Fox & Friends" on Friday, Bellavia said it was "unbelievable" that he was given the Medal of Honor for his service.

"You feel awkward and uncomfortable," he said, in regard to having the spotlight on him for his military valor. "But my commander-in-chief allowed me to bring my soldiers on that stage and that meant so much to them.

"That has never happened before in the Medal of Honor Ceremony, it's about one person, and he allowed it to make it about the entire team," Bellavia continued. 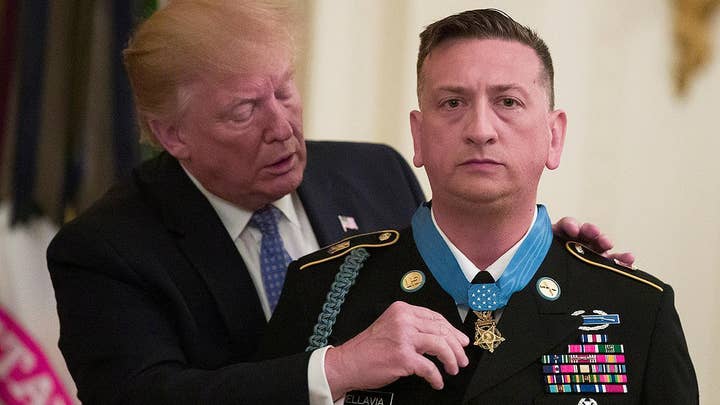 Bellavia went on to discuss the days of fighting that ensued during the battle, which took place on his 29th birthday.

"We went in there and it was close-quarter combat, you know. It's grisly stuff," he said, comparing it to the Battle of Antietam in the Civil War.

"We had a mission to walk in and find six to eight bad guys and a group of about 10 houses. We walked into one house and these guys set up an ambush," he said.

Bellavia was forced to take down a number of insurgents inside the house, including one in hand-to-hand combat, after realizing he could not use his weapon because the room he was in was filled with propane tanks.

Eventually, his actions allowed a number of other soldiers to be saved. There were 54 reported deaths of American soldiers during the Second Battle of Fallujah, and more than 400 were injured. 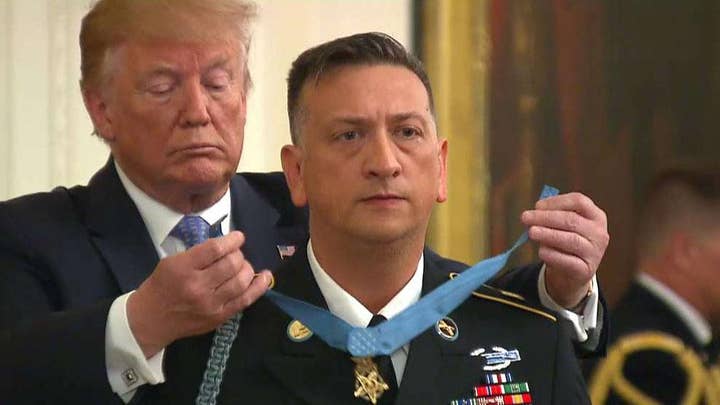 Bellavia has since been awarded a Silver Star and Bronze Star, as well as three Army Commendation Medals and two Army Achievement Medals for his valor.

During the Medal of Honor ceremony on Tuesday, President Trump lauded Bellavia as an "intrepid spirit" with "unwavering resolve."

Bellavia credits his actions to the simple drive of necessity and quick-thinking and the strength of his military colleagues.

"If you have great people around you, you will find that you are going to rise to any level because everyone is in this together," he said. "There are a million reasons why we are divided outside. This military, it doesn't matter what you look like, who you worship, what you do, it's one team," he continued.