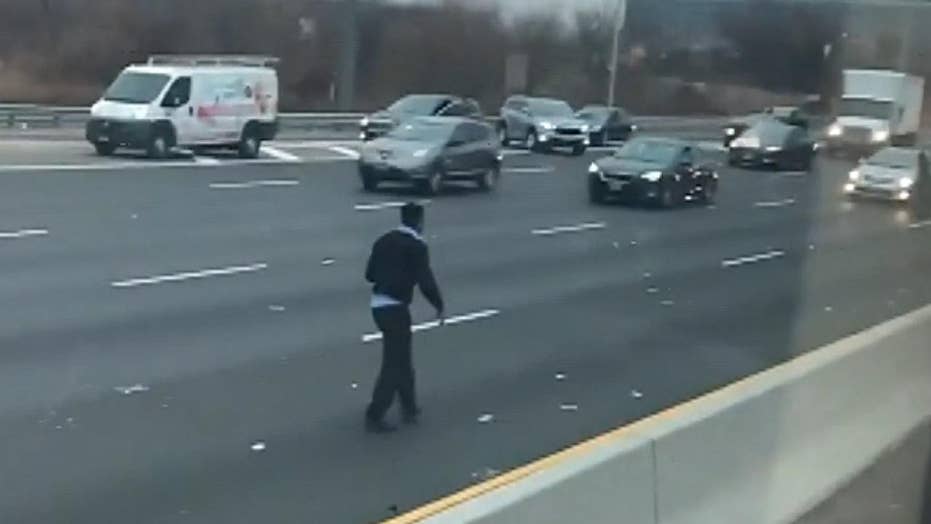 New Jersey authorities are still trying to recover some of the money that spilled from a truck and onto a highway last week, with the latest outstanding figure coming in at roughly $189,000, police said.

Since the incident Thursday morning, money has been trickling “in dribs and drabs,” Captain Phil Taormina of the East Rutherford Police Department told NJ.com on Tuesday.

The situation occurred on Route 3 West after a Brinks truck “had a mechanical issue with the rear passenger door causing the door to open during travel,” police said in a news release.

“As a result, it was eventually determined that a plastic bag containing $140,000.00 in cash and another plastic bag containing $370,000.00 in cash, had fallen through the open door onto the roadway, causing the bags to become opened,” police said. “The vehicle traffic along with the windy weather conditions caused the currency to become airborne and scattered along the highway.”

In videos posted to social media, motorists can be seen leaving their cars as they scramble to grab the cash from travel lanes.

Police reiterated their plea for anyone with cash related to Thursday’s incident to reach out to authorities. $188,955 was still unaccounted for, they said.

Police put out a word of caution that individuals could face theft charges if the money isn’t returned, NJ.com reported. While there have yet to be any arrests, authorities are utilizing cell phone footage of the spill in an effort to track people down, Taormina told the outlet.

“It depends on who our detectives are able to identify in those videos,” he said.