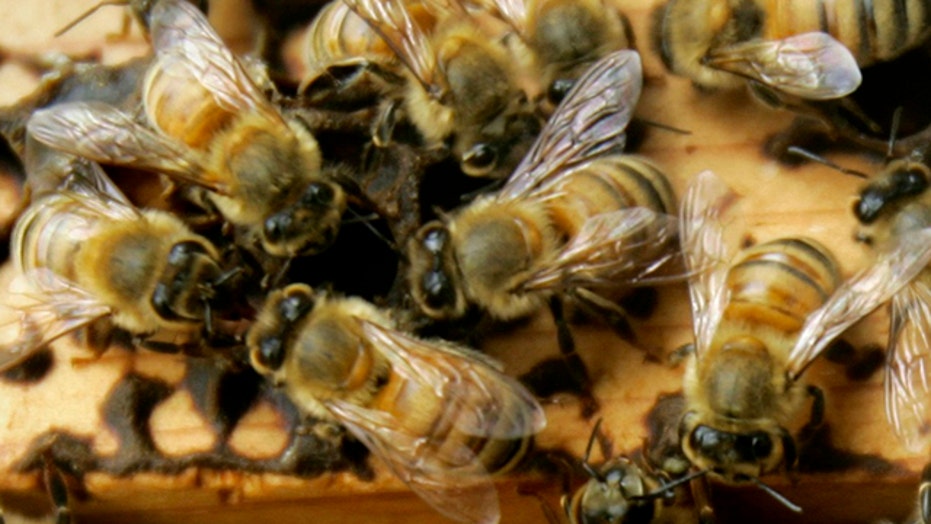 Swarm of bees attacks four people, killing one and stinging another 100 times

A massive swarm of bees attacked four people in southern Arizona Wednesday, killing one and hospitalizing another.

Douglas Fire Capt. Ray Luzania told The Arizona Republic that two landscape workers were found in critical condition outside a residence on East 20th Street at about 10:30 a.m. One of the workers had collapsed and was having trouble breathing when emergency workers arrived. Both were rushed to a local hospital, where one of the victims was pronounced dead. Luzania said the injured second victim person was believed to have been stung more than 100 times.

A bee exterminator later located a large hive in the attic of the house where the men had been working. The exterminator told the Republic that the hive — about 4 feet wide and 6 feet long — was about 10 years old and had approximately 800,000 bees inside. The homeowner, a 90-year-old man, was evacuated and is now staying with his daughter.

Luzania told the newspaper the landscapers' were using a lawnmower and edge trimmer, which might have angered the bees.

The names of the victims have not been released. A third landscape worker and a neighbor were also attacked.

Douglas, a border town in Cochise County with roughly 17,000 residents, has year-round bee activity, although they're most active during springtime, Luzania told the newspaper.