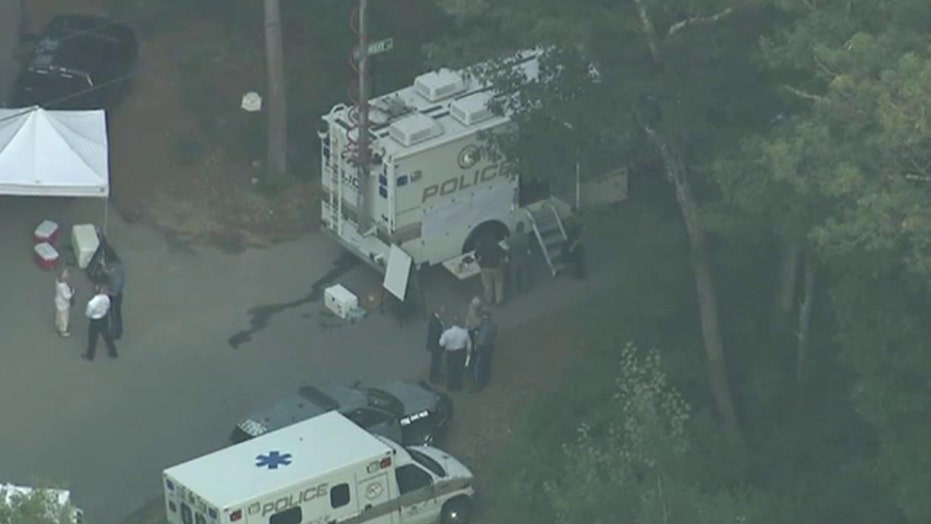 Chief says cop has been fired from police force, will face charges

Authorities in Massachusetts announced Thursday that a police officer has been fired after fabricating a story that shots were fired at his cruiser before the vehicle crashed and caught fire.

Millis Police Sergeant William Dwyer told reporters at a press conference that ballistics testing determined the only bullets found at the scene belonged to the officer.

Dwyer said criminal charges are expected against the part-time officer, who has not yet been identified. Dwyer added the officer was a dispatcher and going to be a full time officer soon. There was no indication of the officer's motive in reporting the shooting.

The incident happened around 3 p.m. Wednesday in the town of Millis, Mass., when the officer claimed the cruiser was struck by gunfire before crashing and catching on fire, Massachusetts State Police said in a news release Wednesday.

Sept. 2, 2015: A police officer assists as a cruiser that was shot at is removed from Forest Road in Millis, Mass. (John Blanding/The Boston Globe via AP, Pool)

The officer initially described a suspect who fled the scene after the shooting as a white male driving a dark colored, possibly maroon pickup truck, police said.

State police dispatched the agency’s Air Wing to the scene, as well as detectives and ballistic units, in a search that spanned nearby towns.

Schools in Millis were closed Thursday as a result of the incident.

Dwyer said his reason for announcing the fabricated story on Thursday was to let area residents know there was not a gunman on the loose.