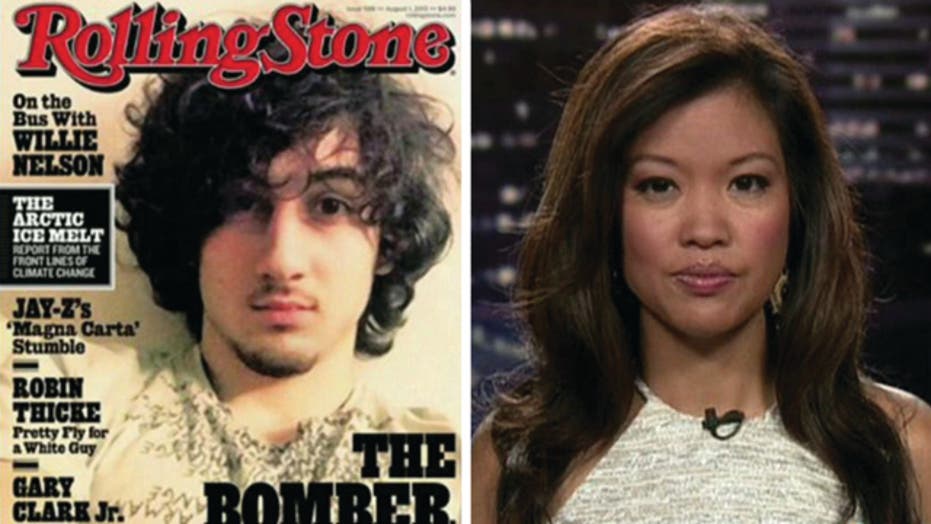 Michelle Malkin calls for the magazine to apologize

A Massachusetts State Police sergeant who released photos of accused Boston bomber Dzhokhar Tsarnaev will face a hearing Tuesday to determine if he will be suspended until an internal investigation is complete, WBZ-TV reports.

Sgt. Sean Murphy was relieved of duty for one day after he released the photos to Boston Magazine last week in response to a controversial image on the cover of Rolling Stone magazine.

Murphy said in a statement to Boston Magazine that Tsarnaev is evil and that his photos show the "real Boston bomber, not someone fluffed and buffed for the cover of Rolling Stone magazine."

Three images showed Tsarnaev as he emerged from the boat, head bowed, with red smudges and streaks on his clothing and the boat.

Two images showed the red dot of the laser sight in the middle of his forehead and just above his left eye. The other showed the dot on the top of his head as he buries his face in his arms. In his statement, Murphy said the capture played out like a television show, but he hopes his photos show it was "as real as it gets."

A Facebook page called "Save Sgt. Sean Murphy" has received nearly 57,000 "likes," with many commenting Murphy made the right decision in leaking the photos of Tsarnaev bloodied while surrendering to authorities.

The U.S. Attorney’s Office issued a statement to MyFoxBoston.com, calling the release of the photos "completely unacceptable."