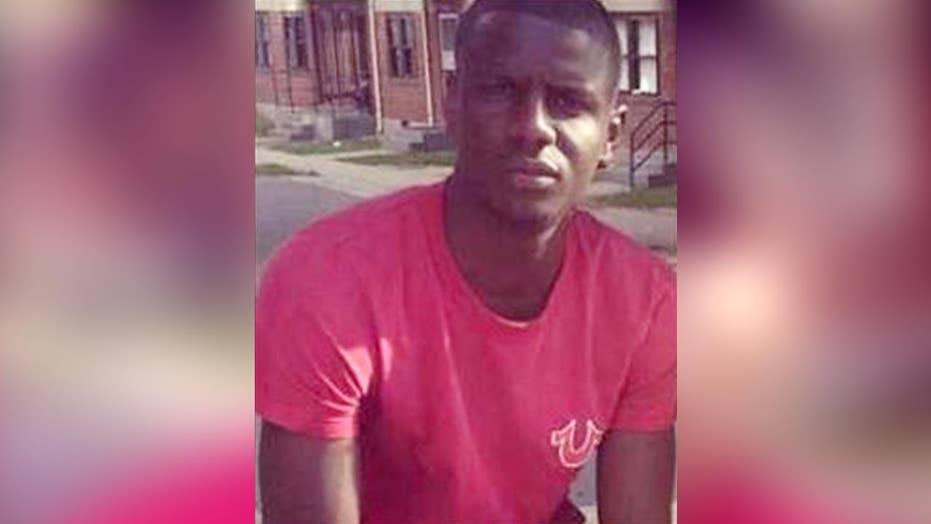 Behind the delay in the 2nd Freddie Gray trial

Trial of police van driver charged with second-degree murder in the death of Freddie Gray postponed after appeals court says it must address whether to compel testimony of another cop. 'On the Record' legal panel breaks it down

BALTIMORE – Maryland's highest court has agreed to take up a key issue in the trials for the Baltimore officers charged in the death of Freddie Gray, postponing trial proceedings until it can make a ruling.

The state's Court of Appeals ruled Thursday that it would take up the issue of whether one of the officers, William Porter, whose October trial ended in a mistrial, could be forced to testify against the other officers even though he is awaiting retrial. The issue had previously been pending in the Court of Special Appeals.

The order stalls the trial for Officer Edward Nero, whose trial was scheduled to begin with jury selection Monday.

Nero's attorney, Marc Zayon, could not comment because of a gag order in the case.

Thursday's ruling will streamline the process for resolving the issue of compelling Porter's testimony, which had prompted opposing motions in the Court of Special Appeals.

Baltimore Circuit Judge Barry Williams initially ruled that Porter must testify against two other officers, Sgt. Alicia White and Caesar Goodson. All three are facing assault, reckless endangerment, misconduct in office and manslaughter charges. Porter's attorney appealed the order, and the Court of Special Appeals stalled the trials for Goodson and White until its judges could issue a ruling.

In the meantime, Williams denied a motion from prosecutors to compel Porter's testimony against the three remaining officers, Lt. Brian Rice and Officers Edward Nero and Garrett Miller, on the grounds that prosecutors never indicated their intent to call Porter to the stand in those trials, and accused the state of simply attempting to stall proceedings. Prosecutors appealed the denial to the Court of Special Appeals.

Freddie Gray died April 19, a week after his neck was broken while he was handcuffed and shackled, but unrestrained by a seat belt, in the back of a police transport van. The officers were indicted in connection with his death on May 1, after more than a week of peaceful protests that at times gave way to unrest, arson and looting.