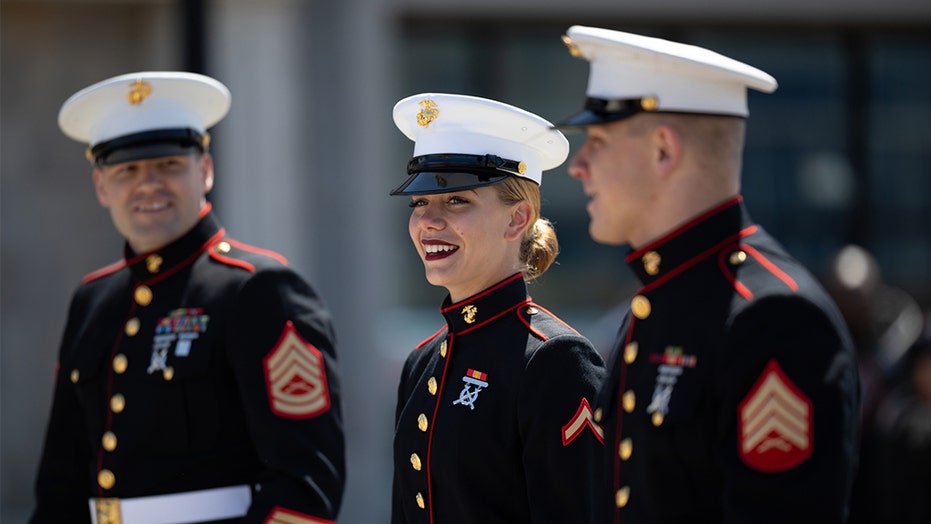 The Marine Corps on Monday released new guidelines on what kind of political activity on social media is acceptable for its troops ahead of the 2020 presidential election.

In a message, the corps said active-duty troops are allowed to voice their political opinions or endorse candidates on platforms such as Facebook, but the post must be accompanied with a disclaimer noting that the views expressed are that of the individual, and not the government or the Marine Corps.

Marines may not "share" political pages but they can "like," follow or "friend" the social media page of a candidate or cause, according to the guidelines. They also can't suggest others do the same.

US MARINE, WHO ENLISTED AFTER SURVIVING HATI EARTHQUAKE, CHARGED WITH SMUGGLING GUNS

Active-duty Marines have been issued a series of guidelines regulating political activity on social media.  (iStock)

Marines and sailors not on active duty have more leeway with their political opinions, as long as their posts don't appear to tie it to the Department of Defense or Marines.

Political emails or political social media messages may not be sent or forwarded in federal buildings if the individual uses their personal electronic device and must be expressed on the service member's own time.

"Individuals should never use government equipment when engaging in political activities," the message read.

Reserve members can run for political office and can be in uniform in campaign materials. However, the advertisement must state that it is nor endorsed by the Defense Department or Marines.

The Marine Eagle, Globe and Anchor emblem is also off-limits from being used in campaign literature.

The advent of social media has created ambiguous boundaries as the military navigates how to ensure its members' personal freedoms with its nonpartisan stance.

In 2012, Marine Sgt. Gary Stein was given an other-than-honorable discharge after he created a Tea Party Facebook page and posted "Screw Obama" on his personal account, Military.com reported. And In 2017, a group of Navy SEALs got in trouble after flying a large pro-Trump flag from a tactical vehicle in a convoy in Kentucky.