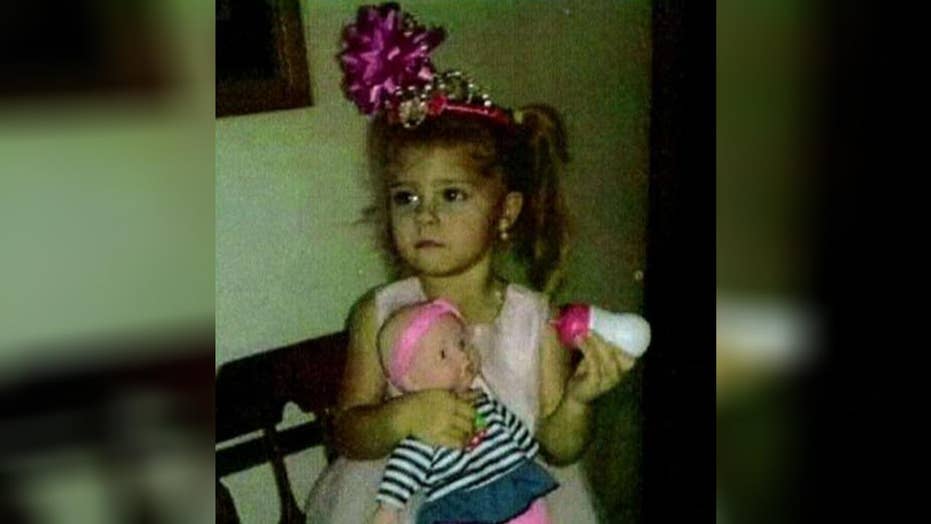 An autopsy report released Wednesday provided grisly details about the death of Mariah Woods, a 3-year-old North Carolina girl whose body was found in a creek in December, days after she was reported missing.

According to the report, the body was found wrapped inside three white plastic trash bags, then stuffed inside a plaid couch cushion cover along with a chunk of cement and rocks, Fox Carolina reported.

The girl had suffered traumatic injuries to her face and head, including abrasions over her left, upper eyelid, over her nose and beneath her chin, according to the report. A faint purple bruise adjacent to the left eye and two hemorrhages on her scalp were also detected.

The cause of death was given as "chloroform poisoning," the report said. 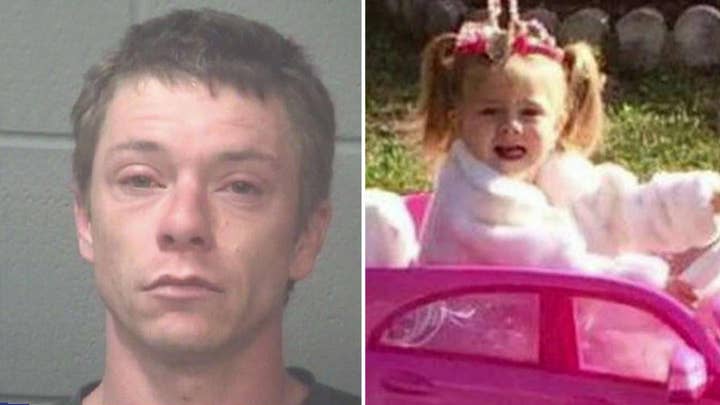 Chloroform, a volatile chemical used as an anesthetic in small doses, could be toxic in large amounts, Raleigh's WRAL-TV reported.

"We suspect this chemical was used to disable the child, and according to the autopsy report, it led to her death, which is real unfortunate, as we all know," Onslow County Sheriff Hans Miller said, according to the station.

"We suspect this chemical was used to disable the child, and according to the autopsy report, it led to her death, which is real unfortunate, as we all know."

Earl Kimrey, 32, the boyfriend of the child's mother, Kristy Woods, has been charged with first-degree murder and felony child abuse in connection with the death, Fox News previously reported.

Prosecutors said in February that they planned to seek the death penalty against Kimrey. 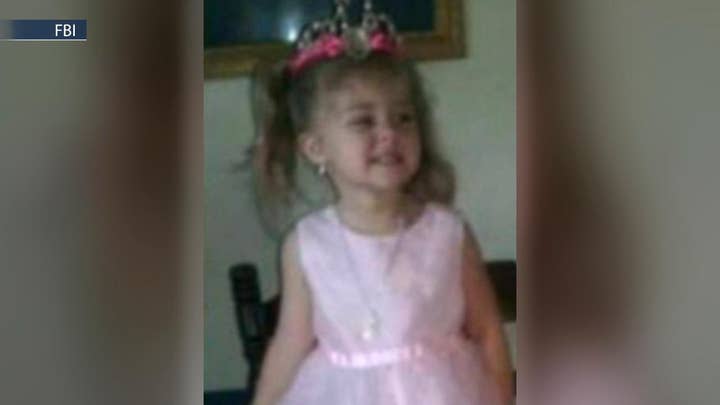 Mariah was reported missing from her Jacksonville home on Nov. 27, and an Amber Alert was issued, the News & Observer of Raleigh reported.

Fayetteville police found the 3-year-old's body Dec. 2 in a creek in Pender County, about 30 miles from her home.