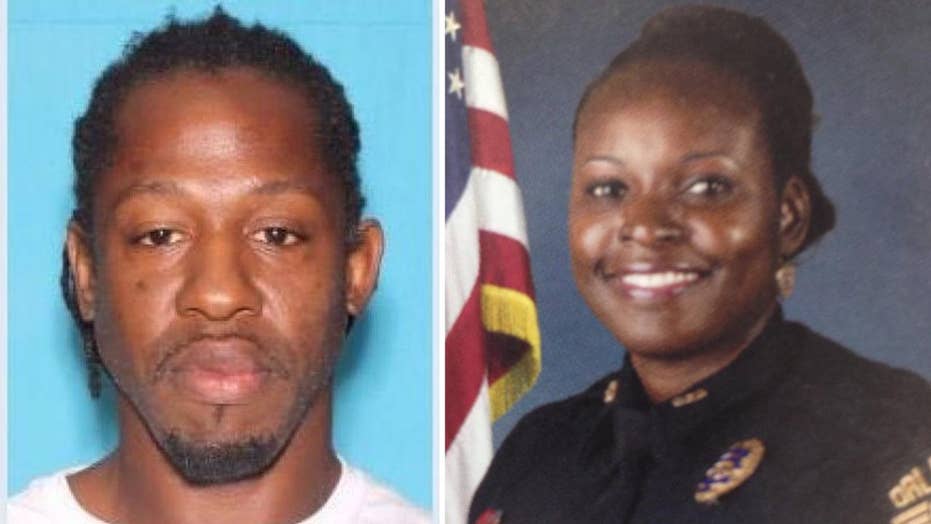 An "armed and dangerous" murder suspect wanted in a shooting that killed a police officer outside a Walmart in Orlando was on the loose, officials warned, saying their intense manhunt would not end until they found the gunman.

The suspect, identified as Markeith Loyd, was accused of murdering his pregnant ex-girlfriend last month, Fox 35 reported, adding that police had never caught him.

Orlando Police Department processional of Master Sgt. Debra Clayton who was killed in the line of duty this morning. pic.twitter.com/FajSaRYt9x

Police hiked their reward for information on his whereabouts to $60,000. An Orlando SWAT team had surrounded an apartment complex a couple miles northwest of the Walmart around noon, demanding Loyd step outside, but eventually left.

Earlier in the day, a motorcycle crash killed an Orange County deputy sheriff taking part in the manhunt, the sheriff announced.

"We're going to bring this dirtbag to justice," Orlando Police Chief John Mina told reporters. "We will track him down to the ends of the earth."

Loyd had been arrested 20 times in Orange County since 1994, according to court records. He was wearing a T-shirt that read "security" during the shooting, Mina said.

Police identified the officer killed as Master Sgt. Debra Clayton, a 17-year veteran of the force and mother of two, married for one year. Officials did not identify the deputy who died. At least 64 officers were killed in gun-related incidents in 2016, a jump of more than 50 percent from the previous year, according to the National Law Enforcement Officers Memorial Fund.

"I was walking down the sidewalk, right past the officer, and I heard her tell him to stop, or whatever, and he shot her. He shot her down," witness James Herman told WFTV. The officer was wearing protective gear and returned fire -- but apparently missed, Mina said.

Tragic irony: The deaths of OPD Sgt Clayton & OCSO Deputy occurred on #lawenforcement appreciation day We are still committed to your safety pic.twitter.com/IZ1ullEJo8

Loyd had been on the run since Dec. 13 when police accused him of shooting and killing 24-year-old Sade Dixon, a pregnant mother of two, and critically wounding her brother, Ronald Steward, outside her home. Dixon's surviving relatives told Fox 35 she had just broken up with Loyd.

The Orange County Sheriff's Office stated the suspect's age as 41, but the Sentinel reported it as 43. Prosecutors reportedly had dropped drug-dealing charges against him earlier.

Herman said a shopper had tipped off the officer -- who was putting bags in the trunk of her vehicle -- that Loyd was in the Walmart waiting to check out. As the officer walked towards the store, the suspect barged out and fired at least 12 shots, according to Herman. Three shots hit the officer, WFTV reported.

After deputies launched the manhunt, the suspect pulled into a nearby apartment complex and fired shots, hitting one deputy's unmarked SUV twice before carjacking another vehicle and escaping, Fox 35 added. Nobody was reported hurt at the apartment complex.

The search also led police to the Pine Hills area a few miles west of Orlando.

Officials locked down more than a dozen schools in the area for several hours, and closed the Walmart. Evidence markers were spotted in the store's parking lot.

"Any act of violence against our heroes is cowardly and shameful and our state will not stand for it," Gov. Rick Scott responded.

Orlando Mayor Buddy Dyer declared a day of mourning. Students and staff in the locked-down schools were safe, Fox 35 added.