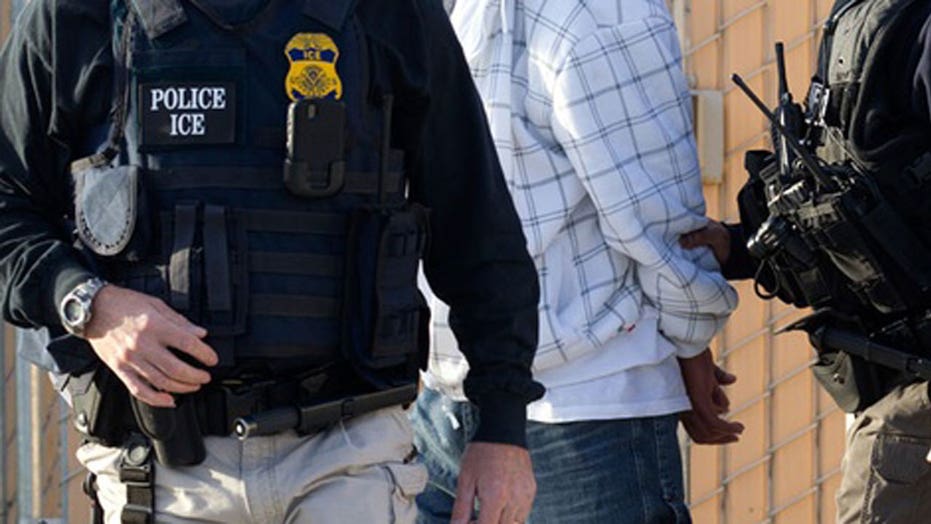 Investigators at U.S. Immigration and Customs Enforcement said Tuesday that they are looking into allegations that a supervisor at the agency's San Diego office recruited employees during work hours to join sex parties with him and his wife at their home, The San Diego Union-Tribune reported.

The complaint, which was obtained by the paper, reportedly said the issue has been going on for about a year and alleges that, since some of these employees are subordinates, is an abuse of authority. The complaint identified some of the workers as "rookie employees" who may have gone along because they were "intimidated, afraid or foolishly 'wow'd' -- thinking participation will land them a promotion."

The supervisor mentioned in the complaint was not identified.

The report said measures were apparently taken to assure privacy at these parties. Employees were not allowed to bring cellphones inside the home and were checked upon arrival.

"The parties take place while their kids are watching a movie in their rooms," the complaint says. "Kids are told that mom and dad are working on a project with the other couples and not to disturb them nor knock on the bedroom door for at least an hour."

The report points out that earlier this year, employees at the same office complained of being subjected to racial slurs and discrimination.

ICE released a statement Tuesday evening to that said the agency "does not tolerate abusive or inappropriate behavior and takes allegations of discrimination or misconduct extremely seriously."