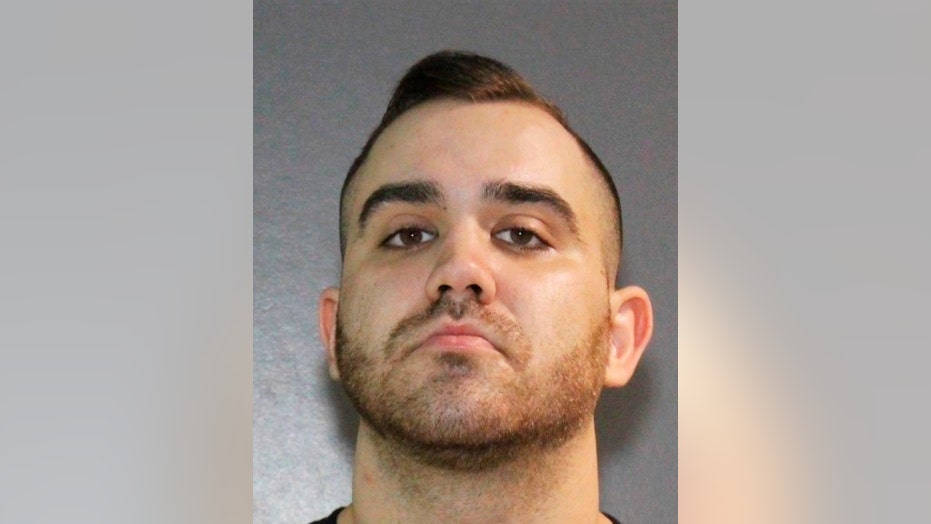 One of British Columbia’s most wanted fugitives has been arrested in California, authorities said.

Brandon Teixiera, a 28-year-old Canadian man, was wanted for a 2017 murder and had successfully escaped authorities before.

The Butte County Sheriff’s office said Teixeira was arrested Sunday in Oroville after he rammed his SUV into a sheriff’s armored van while trying to escape.

Jeff Guerrier, a New York man who had been housing Teixeira, was also arrested at the scene.

Detectives, U.S. Marshals and SWAT teams obtained a search warrant for the two men’s residence on Nov. 30 and conducted ongoing surveillance of the home until they served the warrant on Dec. 1.

Teixiera then hopped into his vehicle before he was cornered in by Butte County armored vehicles and, upon exiting, was arrested after a K-9 helped take him down, the sheriff's office said in a press release.

During the arrest, authorities discovered 26 pounds of heroin, more than 1,000 OxyContin and Percocet pills, and around 40 pounds of marijuana, the sheriff's office said.

Teixeira had been on the run since October 2017 after allegedly shooting Nicholas Khabra, 28, multiple times in Surrey, British Columbia, according to the Royal Canadian Mounted Police. Khabra later died at a hospital and a nationwide warrant was issued for Teixeira's arrest.

FLORIDA MAN LEFT SON AT SIDE OF HIGHWAY BECAUSE HE MIGHT BE GAY: POLICE

Teixeira is currently being held in federal custody pending an extradition hearing; charges against him are pending. He’s been described as “extremely violent” and a risk to public safety.

Investigators said they are not seeking more evidence, they simply need Teixeira in custody to take him to trial.

Police had been hunting the Canadian for more than a year. In April, they launched a $55,000 reward in connection to his arrest.

Guerrier was arrested and charged with harboring and concealing a wanted felon, and possession of heroin and marijuana for sale, according to The Sacramento Bee.