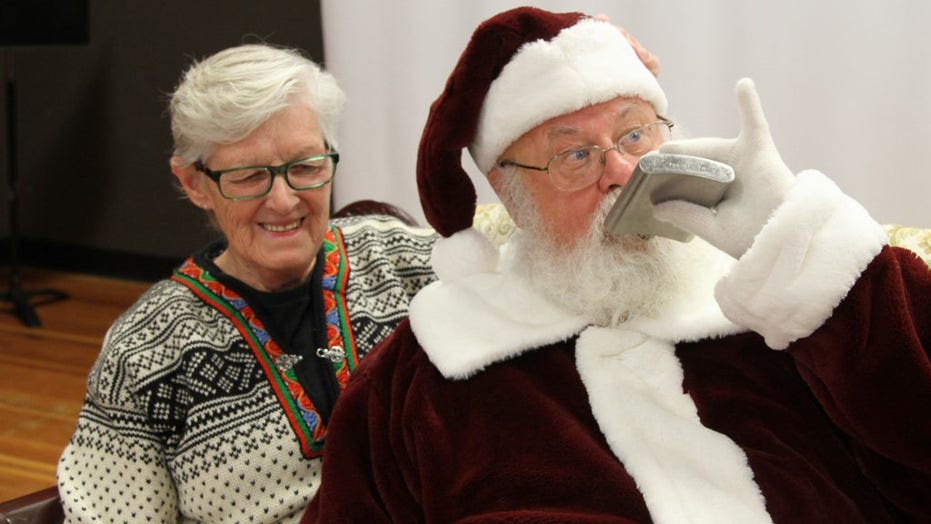 A mall in British Columbia, Canada, kicked off the Christmas season by firing Santa Claus.

After working as a mall Santa last year, Gary Haupt was ready to step back into Saint Nick’s shoes for the holidays. But after sharing some personal photos of himself as Santa fooling around with a friend on Facebook, Haupt found himself on the naughty list.

"My photographer and I developed a reputation,” Gary Haupt told Fox News. “I went into the job wanting to be the best Santa that community had seen.” (Gary Haupt/Facebook)

Several days prior, Haupt had a friend over to his house and they decided to take some “silly” photos in the Santa suit. One of those pictures showed Haupt, dressed as Santa, appearing to grab his female friend’s chest.

"They call the pictures dirty or inappropriate," Haupt told CTV News. "They're none of those things. It's just hard for me to swallow that part."

“We have lots of laughs,” he explained to Fox News. “I wasn’t actually touching her, that wasn’t in the game plan at all.”

Haupt also explained that while working as Santa, he had taken a lot of other photos that were “all in good fun.”

"My photographer and I developed a reputation,” he explained. “I went into the job wanting to be the best Santa that community had seen.”

He said that people often came up to Santa with silly requests or wearing costumes of their own. One of those photos included Santa drinking from a flask.

While the mall won’t be bringing Haupt back, his days as Santa are far from over, he said.

“I’ve been doing Santa for 12 to 15 years,” he said. Since losing the mall gig, Haupt said the support from the community has been “overwhelming,” and he’s picked up several other gigs in the community.

“I’m a great Santa, I do well with children, adults and people that are challenged. We work with children that are on the spectrum who can’t go to the mall," he said.

Haupt also explained that being Santa isn’t just a job -- it’s a state of mind. When he’s not working and children come up to him to ask if he’s Santa, he says, “Yes, I am.”

He also said that he doesn’t endorse any boycotts of the mall that fired him.

Still, he wishes the mall had handled the situation differently.

“I support the person that complained, no one should ever have their complaints invalidated,” Haupt added. “My problem is with the mall's management and how they handled it.”