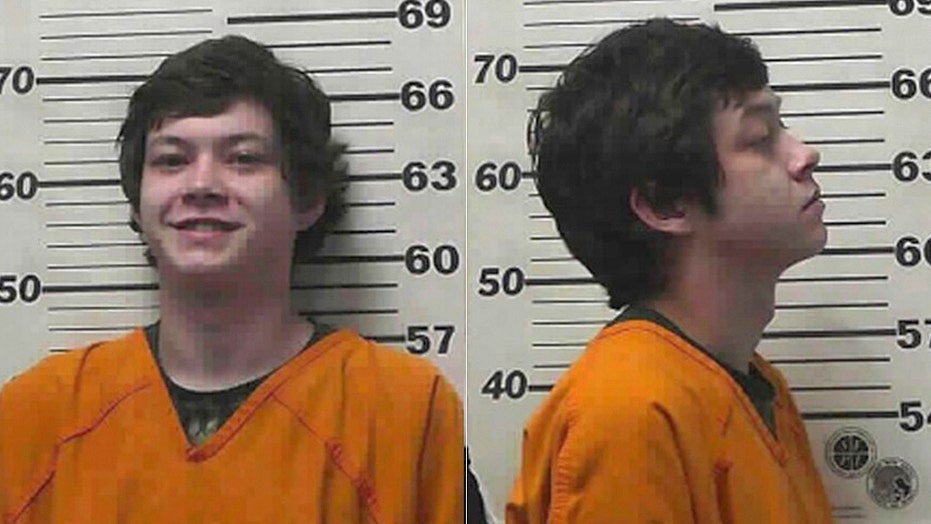 It wasn't just the BMW's engine that was purring.

A teenager who allegedly stole a BMW with kittens inside led authorities on a multi-state car chase before he was arrested, officials said.

Jason Pitts, 19, was taken into custody Monday after he stole a woman's white BMW at a rest stop off Interstate 24 in Lee's Summit, Mo., the day before, according to the Hickman County Sheriff's Office.

Jason Pitts, 19, allegedly led authorities on a multi-state chase after police claim he stole a car with kittens inside from a rest stop in Missouri. (Hickman County Sheriff's Office)

Pitts allegedly drove the vehicle — with several kittens inside — from Missouri, through Illinois, to Kentucky, evading law enforcement as he went, ClarksvilleNow.com reported.

A woman was reported to have been with Pitts during the alleged heist, but it's believed he dropped her in a state along his route. At one point, the 19-year-old allegedly hit 132 mph while driving the stolen vehicle.

Eventually, Pitts reportedly crashed the vehicle in Clarksville, Tenn., on the highway near Exit No. 1 and ran into the woods.

The sheriff's office said Tuesday deputies found Pitts, who supposedly gave them a false identity, in Hickman County. He was arrested and charged with criminal impersonation and unlawful possession of drug paraphernalia.

The kittens were said to be doing fine in the care of Montgomery County Animal Care and Control. The owner reportedly plans to pick up the animals soon.